Blondie, one of the top bands to ever come out of CBGB, co-headlined the "CBGB Forever" rally/benefit in Washington Square Park today (Aug 31, 2005). Earlier in the month, Debbie Harry played a solo show at CBGB for the same cause. 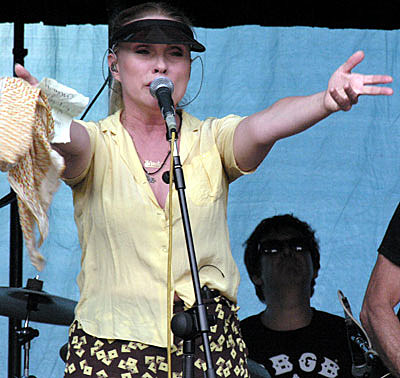 It wasn't really a reunion. In fact, it wasn't that long ago that I saw them at MSG after they put out a new album. OK, it was six years ago, but according to their gigography, the last show they played as Blondie was in 2004.

Their sixth show ever was at CBGB. They were called the Stillettoes then. Total they played CBGB 36 times, the last of which was on May 7, 1978 (assuming the gigography is correct). 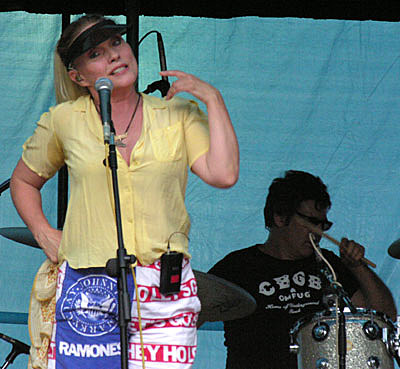 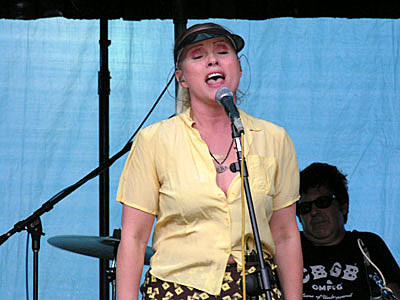 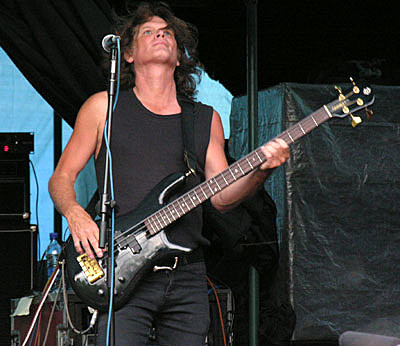 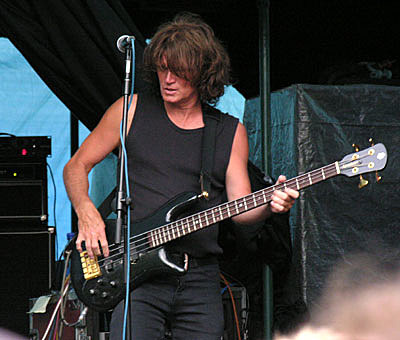 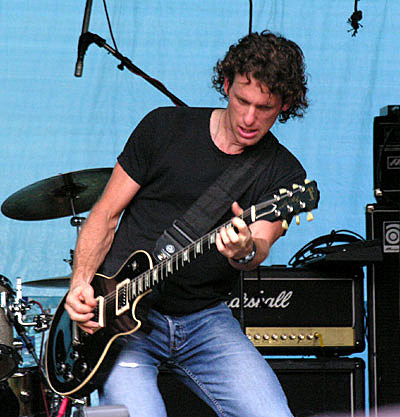 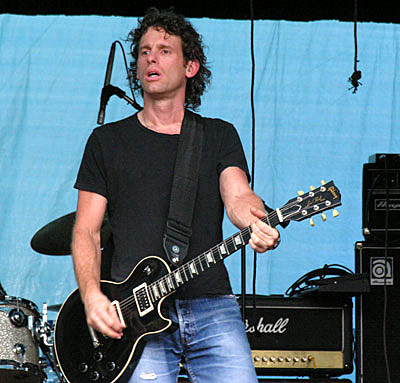 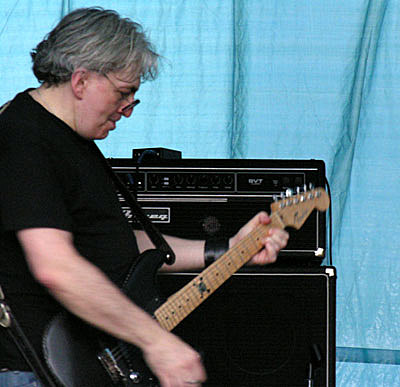 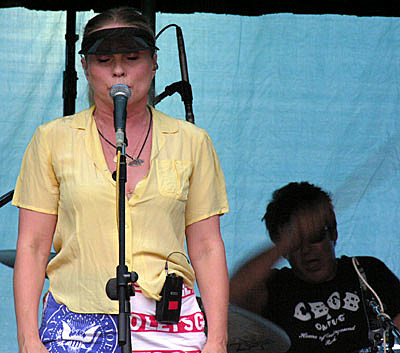 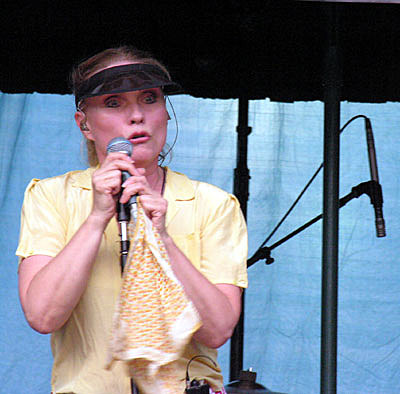 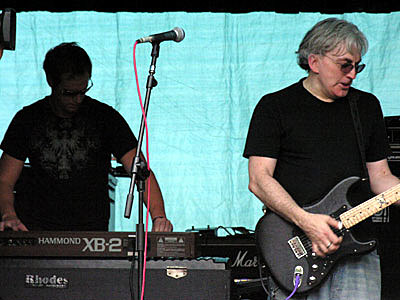 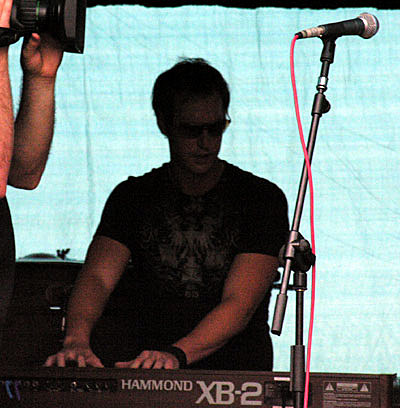 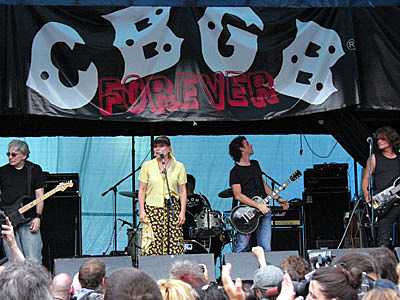 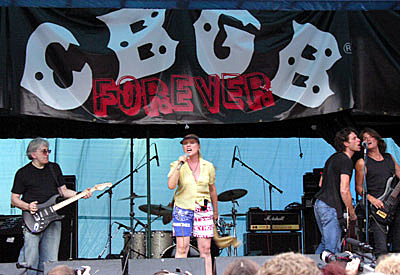 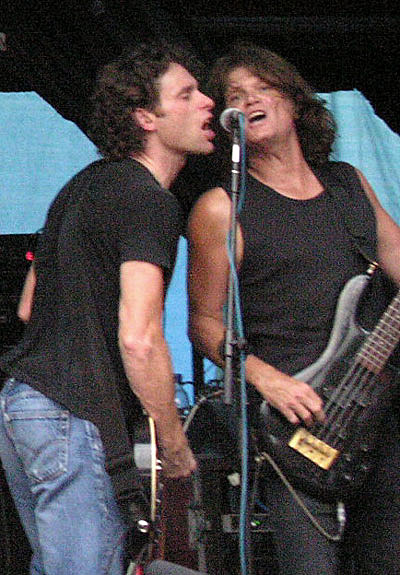 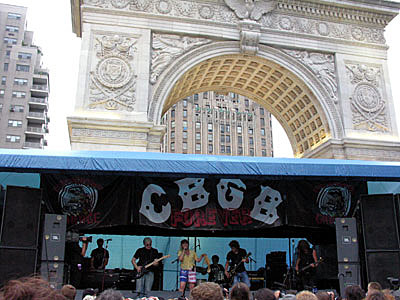 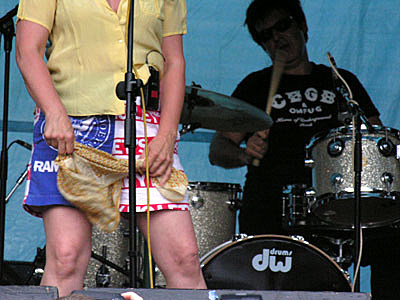 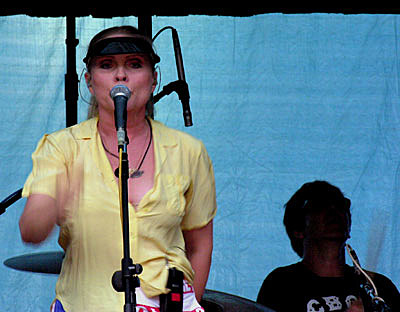 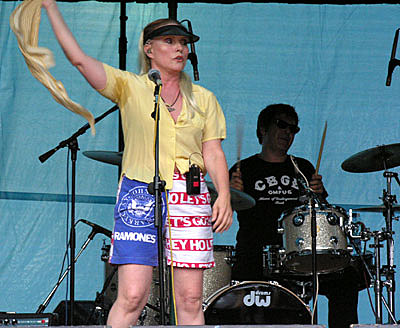 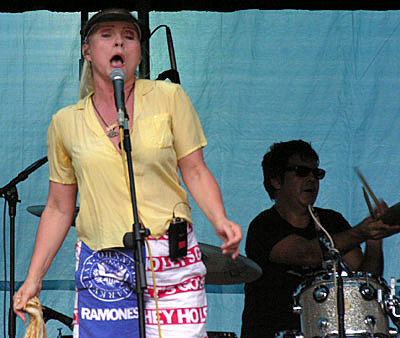 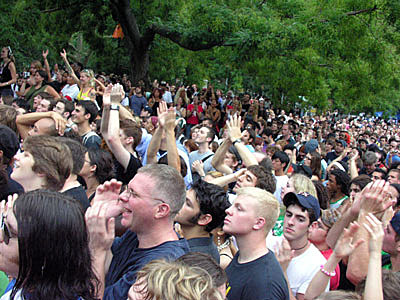 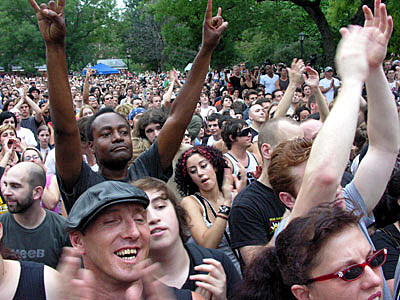 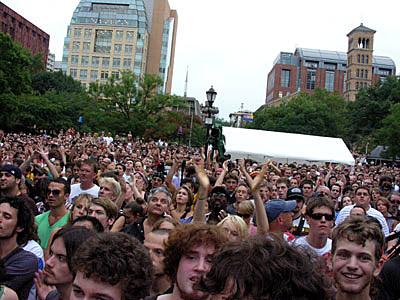 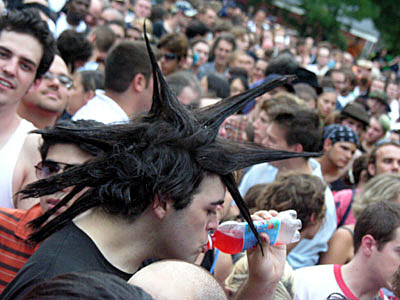 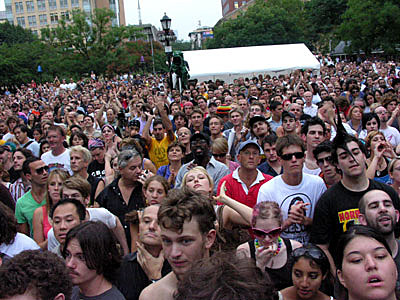 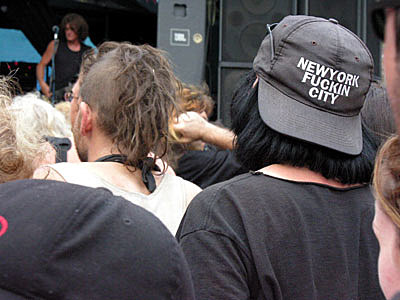 * Some Talking Heads introduced them.
* The Bouncing Souls played before them.
* Everlast and Little Steven spoke after them.