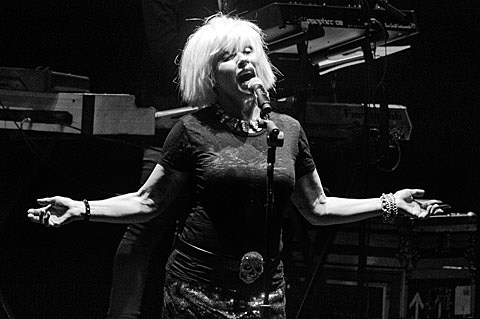 Blondie are set to release their third album of the 21st century, following 2011's Panic of Girls, at some point this year, and while details on that album are still forthcoming, they have announced a tour in support of it. For the tour, they'll be taking out another group of punk legends, X. That tour includes Riot Fest Chicago and two NYC area dates: September 7 at the Golden Nugget in Atlantic City and October 4 at Roseland Ballroom in Manhattan.

Tickets for those shows go on sale Friday (6/21) at 10 AM. The AC show is on 24K presale now and the Roseland show is on Live Nation/Citi Cardmember presale now. Every ticket purchased for this tour will include five exclusive tracks from the upcoming Blondie LP.