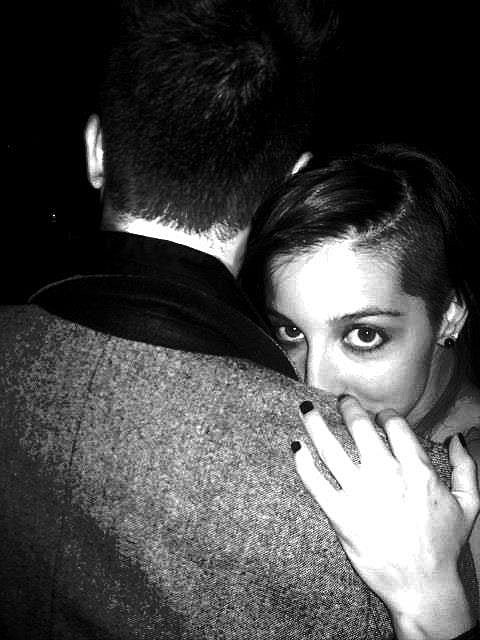 Florida duo Blonds (not to be confused with NYC duo Blondes) are currently in NYC (and loving it) recording their full length album. The album will be the followup to their Dark Roots EP, which includes a cover of Radiohead's "Talk Show Host," and can be streamed in full on bandcamp. Of the Radiohead cover, singer Cari Rae told Rolling Stone:

"'Talk Show Host' is my favorite Radiohead song, but Jordy [Asher] was apprehensive to cover it at first because of his immense respect for the band. He said it was like attempting to play with perfection. I begged him for almost a month, and I'm happy to say my persistence paid off."

The band is made up of Cari Rae and Jordy Asher (who are dating) and fit in well with the other boy/girl duos creating indie pop/dream pop lately (Stereogum compares them to Tennis & Cults). Check out the sexy video of EP track "206" (which they label NSFW), that they star in, below.

While Blonds are in NYC, they'll be playing some shows including an early show TONIGHT (3/21) at Mercury Lounge with Thunder and Lightning. $10 tickets for this show will be available at the door. They also play Pete's Candy Store on 3/28 with Tamsin, Pianos on 3/29 with Praha Depart, Yellow Monsters, Crying Nut, 3rd Line Butterfly, Sea Monsters, and Duologue (tickets) and Pete's Candy Store again on April 26.

If you catch their show at Mercury Lounge tonight, stick around to see Breton play a late show at the same venue.

All dates and the somewhat NSFW video below...