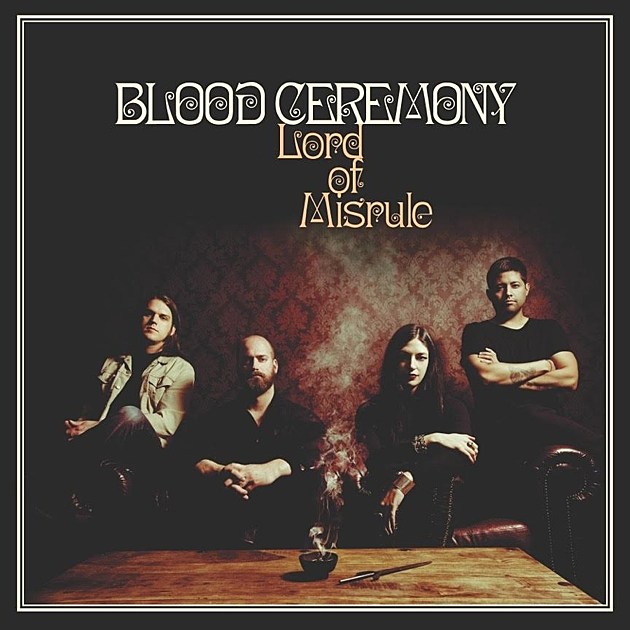 Toronto occult rock throwbacks Blood Ceremony have a new album on the way. It's called Lord of Misrule and it drops March 25 via Rise Above records. We're premiering the first song to be released from the album, which is called "Old Fires."

"Old Fires" is, as we expect from this band, really good. Blood Ceremony are the rare band that emulates a classic aesthetic that actually sound like they could be coming at you from England in 1978, and this song just hits every right note all the way through. The band has nailed the feel of this type of music, and while most bands who walk on this ground risk sounding kitschy, there's a balance here between fun and straight-faced that works perfectly. From the pitch-perfect fuzz of the guitar, the organ that works as both warm and scary at the same time, and Alia O'Brien's vocals that land right between ethereal and hellish, it's a winner.

Stream "Old Fires" below, and preorder Lord of Misrule at Amazon.