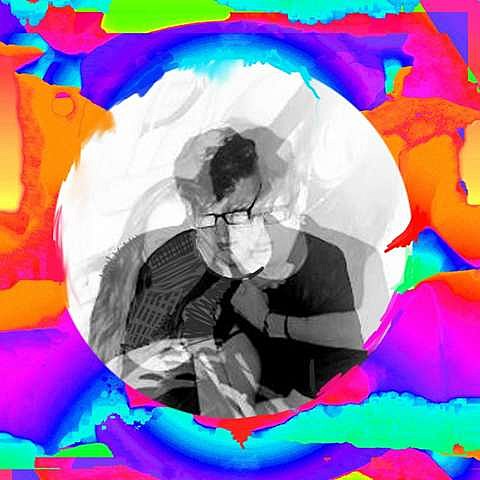 Vancouver's Blood Diamonds (aka Michael Diamond aka Mike Tucker), who we profiled when he came to NYC for a Glasslands show in August of last year, will return to the Brooklyn venue almost exactly a year later for a show on August 3. The show is with NYC rapper Le1f. Tickets for that show are on sale now.

Blood Diamonds has since signed to 4AD, who will release his Phone Sex 12" on July 24. You can stream the title track from that maxi single, which features Grimes, below. It differs from his earlier tropi-pop singles and is dominated heavily by Grimes' vocals, but it's a great listen and the new 12" is one to look forward to. 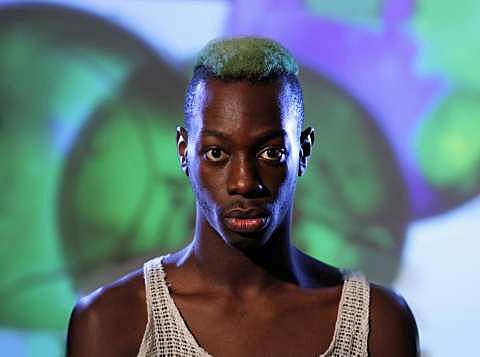 Le1f (aka Khalif Diouf), who is also on the Glasslands show, released the Dark York mixtape earlier this year on Das Racist's Greedhead label. Le1f identifies on facebook as "GAYNGSTA RAP" and was featured in a recent Pitchfork article, "We Invented Swag: NYC's Queer Rap," so Le1f is definitely joining the increasing number of openly gay rappers, but as he points out in the Pitchfork article, he doesn't want to "make gay NYC rap 'a thing.'" He continued saying, "The whole 'room for one' mentality is homophobic... if the world is ready for a gay rapper, then they're ready for multiple gay rappers. If we were straight, no one would be comparing us."

Le1f's Dark York mixtape features a number of solid producers, namely Nguzunguzu (whose new Warm Pulse EP is out this week) and Morri$, and also includes a handful of tracks that Le1f produced himself. Thanks to those producers, the mixtape is mostly made up of dark, murky beats and Le1f sounds like the Danny Brown from hell with a far more subdued delivery than Danny's rambunctious shout, but one that's equally swagged out. You can download the entire EP for free above or stream it below.

Le1f will also play Warm Up at MoMA PS1 this summer on July 21 with Matthew Dear (DJ), Sepalcure MikeQ (who plays a RINSED party tonight (7/6) at the loft at 70 North 6th St. [above Public Assembly]), and JDH & Dave P. Tickets for that show are available.

Warm Up begins this weekend (7/7) with sets from Todd Terry, Light Asylum, Nguzunguzu, Trust, and Arca ft. HBA (tickets). Ahead of this week's show, Arca made a FADER/MoMA PS1 mix which you can stream below.

Song streams are below.