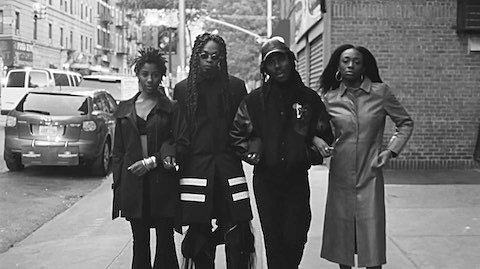 Blood Orange has just released a new single, "Sandra's Smile," and an accompanying music video which Dev Hynes directed and co-edited. The song definitely owes a little to Michael Jackson in the chorus; the black and while video, meanwhile, was shot all over NYC and is a nice bit of street life. Check it out below.

Dev will also be performing live at Harlem's iconic Apollo Theatre on December 12. Billed as "Blood Orange & Friends," the show promises to debut a lot of new material -- early versions of which may have been tested out at that Elvis Guesthouse show -- as well as a number of special guests. Proceeds from the concert will benefit Opus 118 Harlem School of Music. Says Dev:

Playing music saved my life; if it wasn't for the chance to play cello or piano when I was a kid growing up in Essex, I shudder to think where I'd be right now. At this point in my life, all that matters to me is giving back to communities and making people happy, so I have decided to put on a fun night of performances at the legendary Apollo Theatre in Harlem that is hopefully affordable to all, with all proceeds going to the Opus 118 Harlem School of Music. New York City, let's have some fun! 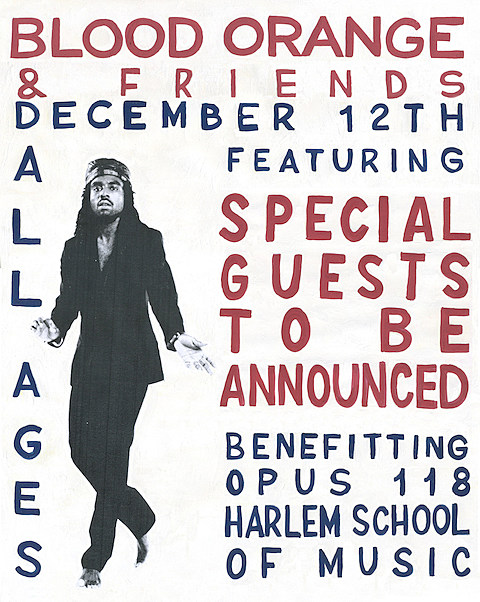