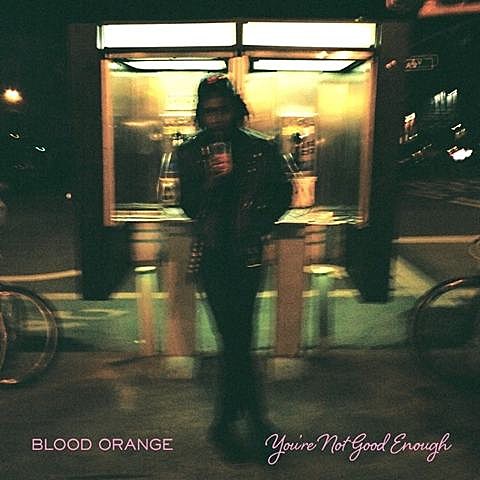 Dev Hynes will release Cupid Deluxe, his second album as Blood Orange, on November 19. Having spent the last couple years writing well-liked songs for other people (Sky Ferreira, Solange), Dev has upped his game for the new record which features 10 slinky/sulty dance jams with guest appearances from David Longstreth, Chairlift's Caroline Polachek, Friends' Samantha Urbani, Clams Casino, Despot, and more. The whole record is streaming now via iTunes. (Those outside the U.S. can stream it here.) You can also watch the video for single "You're Not Good Enough" (featuring Urbani) below.

Blood Orange, who just played Pitchfork Paris over the weekend, doesn't have a full tour lined up just yet, but he will be playing a record release show at 285 Kent on November 15. While he's done shows in solo-with-laptop mode, this incarnation of Blood Orange is Dev with four-piece band, plus Urbani on vocals as well. Tickets for that NYC show are on sale now.