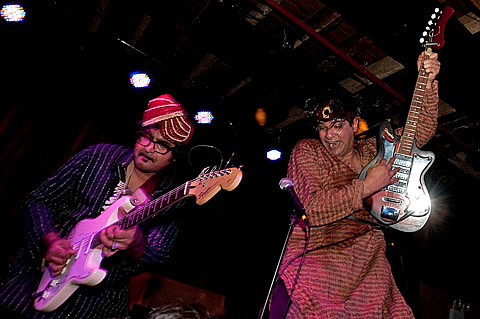 Tandoori Knights member, King Khan & BBQ/Mark Sultan collaborator, and solo artist in his own right, Bloodshot Bill has been on the road all summer, and will join forces with Daddy Long Legs and T.Valentine for a show at Union Pool on Saturday (8/18), a Norton Records event. The show is Bloodshot Bill's third round through the area this year, having logged appearances with the Gories at Maxwell's in January and at the Psychobilly Luau. Stop by the merch table to scoop up copies of his new 10" The Out of This World Sounds of Bloodshot Bill, new 7" "Out The Door," a new split with Slim Sandy, and a comp called This Stuff'll Kill Ya featuring a contribution from Bloodshot Bill.

As mentioned, the show will also feature an appearance from Chicago's T.Valentine, who is clearly breaking old habits by appearing in NYC again this year (Lakeside Lounge and a show at the Friars Club back in April were part of his first NYC outing) after avoiding it for the previous 79 years! But the plot thickens... T.Valentine has ALREADY planned even another show in NY, this time set to support The Remains and The Stompin' Riff Raffs at The Bell House on November 3rd (tickets). Let's not diminish the appearance of The Remains though, who havent played NYC in a very long time.

All Bloodshot Bill tour dates are listed, along with the Union Pool flyer and videos, below... 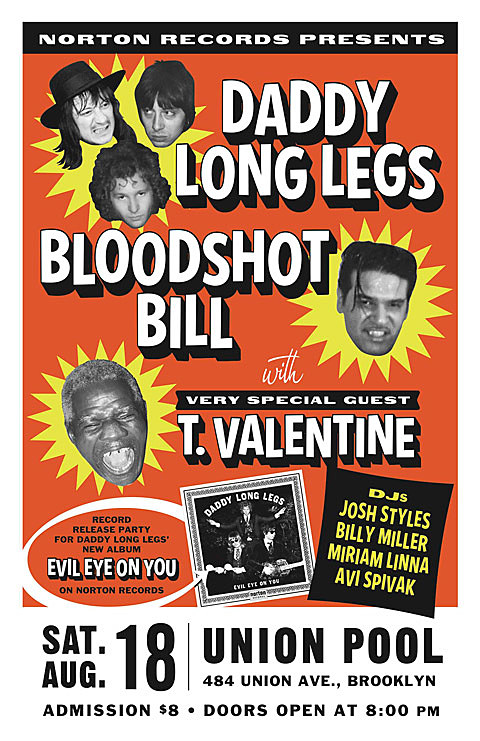 T. Valentine - Hello Lucille, Are You A Lesbian?