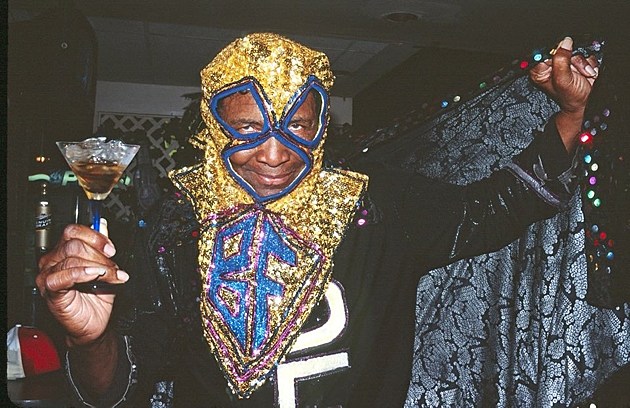 Clarence Reid, aka Blowfly, was recently diagnosed with cancer and now he has sadly passed away. A post on his Facebook by frequent collaborator Tom Bowker reads:

Clarence Reid, the genius known both by his given name and as Blowfly, the Master of Class, passed peacefully today, January 17th, in his hospice room.

His sister Virginia and I thank you for all the love you have shown this week. We also thank you for supporting Clarence's 50 + year music career - especially these last few years. We love you and will keep you informed on services and tribute performances in Clarence's honor.
Nothing But Love,
Tom Bowker

Clarence wrote and produced records for various artists, including Sam & Dave, KC & the Sunshine Band and Betty Wright, and as Blowfly he was "the first dirty rapper." He's also dabbled in disco, punk, and more. Rest in peace, Clarence. You'll be missed.

Another recent Facebook post from Tom Bowker mentions that Blowfly will follow Back in the Sack with one final album, 77 Rusty Trombones, due in February. Tom calls it "easily his best album since the early 80s, and a fitting epitaph for one of the great performers of all time."

A few artists, including El-P, Flying Lotus and Aesop Rock, have posted tributes to Blowfly on Twitter. See those, and listen to "Rapp Dirty" and watch his interview with Nardwuar, below...

RIP Blowfly. Thanks for the insanity and the mask. @blowflyofficial