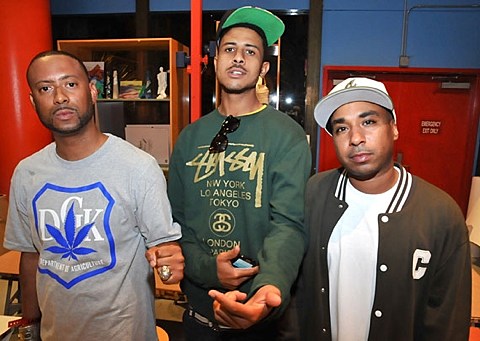 Los Angeles rapper Blu will be setting out on the Bad Neighbor Tour with frequent collaborator M.E.D. later this summer. Most dates are still pending announcement, but a few have been revealed including a number of California engagements and New York's S.O.B.'s on August 19. Tickets for that show are available now, as are tables. All currently known dates are listed below.

Blu recently released the Bombay-produced LP Good to Be Home, which features guest spots from Prodigy, Oh No, Alchemist, and Evidence, among many others. The double disc produced the single "The West" which you can hear below. Blu and M.E.D. also have released a new video for "Peroxide" from last year's The Buzz EP, which features Madlib beats and Dam-Funk's g-ness. Consider it a warm-up for the Bad Neighbor LP, which will reprise the Blu/M.E.D./Madlib connection later this year.

List of known dates, with "The West" and the video for "Peroxide," below...