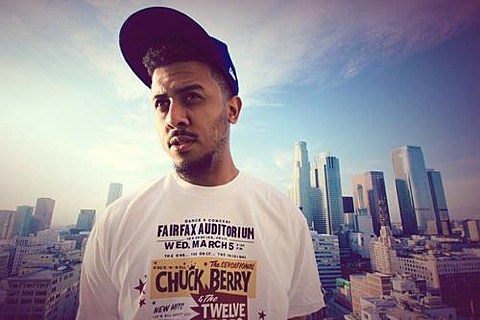 Cali rapper Blu was supposed to release NoYork! through Warner back in 2011 but he was dropped from the label and "unofficial" releases began circling the web instead. Now he's finally set to give the album a proper birth on March 26 of this year. NoYork! is helmed by an all-star cast of producers -- Flying Lotus, Madlib, Daedelus, Samiyam, Exile, Knxwledge, Shafiq Husayn, and Dibia$e -- and features a ton of great guest spots as well -- Edan, U-God (Wu-Tang), Pac Div, J*Davey, Tiron & Ayomari, and more. You can pre-order the album at Nature Sounds (which comes with an immediate free download) and stream some of its tracks below.

Blu and Madlib also teamed up with MED for another collaborative release, The Burgundy EP, which came out today (2/19) and can be purchased at the Stones Throw Webstore. Each track is produced by Madlib, except "This Is Your Life," which was done by Madlib collaborator Georgia Anne Muldrow. You can stream the opening track "Burgundy Whip" below.

Blu will also be going on a short tour this April with Tiron & Ayomari (who appear on NoYork!), as Potholes In My Blog reports. The tour kicks off in NYC on April 10 at Public Assembly. No advance tickets for this show yet, but you can check ticketweb for updates.

A list of all dates and those song streams below