The now-annual Blue Note Jazz Festival will sprinkle over 50 shows at venues across the city during its twenty day reign (June 10th - 30th).

"After the success of the inaugural Blue Note Jazz Festival, we decided to make this a yearly event as a way to continue expanding audiences, cultivate young talent and promote this wonderful music throughout New York City," Blue Note President Steven Bensusan said. "This year's performances go beyond jazz to include everything from flamenco, soul, and Latin to tap, blues and R&B, all with the common thread of improvisation. But the heart of the festival is and will always remain the type of jazz that we present night after night at the Blue Note club."

Highline Ballroom, B.B. King's, Central Park Summerstage, The Apollo, Henry Street Playhouse, Brooklyn Bowl and Sullivan Hall are all on board to host parts of the festival, which will feature everyone from Béla Fleck to Stephanie Mills, Bootsy Collins to Yasiin Bey (formerly Mos Def) and many, many other notables. Full list of shows, below... 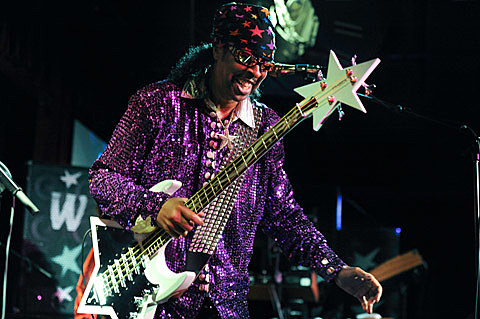