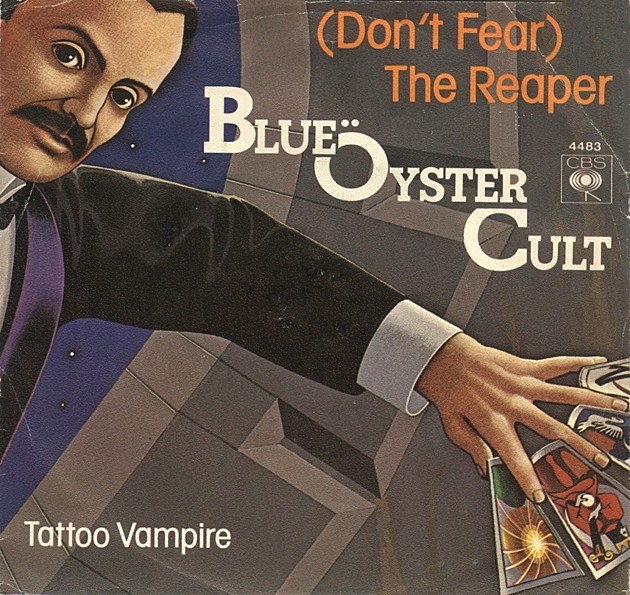 Rock veterans Blue Oyster Cult are still with '60s-to-present vocalists/guitarists Buck Dharma (who sings their best known songs "Don't Fear the Reaper," "Burnin' For You" and "Godzilla") and Eric Bloom (though the rest of the lineup joined in the past decade or so), and this year they're celebrating the 40th anniversary of "Don't Fear the Reaper" on tour.

The tour includes the "Reaper Residency" in NYC, which has shows on February 13, April 7 and June 17 at BB King's. No openers announced for those shows, but they've also got a Long Island date on February 6 at NYCB Theatre at Westbury with Vanilla Fudge (known for their proto-metal covers of pop songs) and psych/garage rockers Blues Magoos. That's a lot of veteran talent on one bill. Tickets for all four of those shows, including a 3-night pass for BB King's, are on sale now.

Just in case you've come to associate BOC with classic rock radio fodder (or SNL skits), it's worth remembering they also started out as a harder proto-metal band and they still play some of that stuff live. In fact, they just opened their Wellmont Theatre show earlier this month with the heavy riffing "The Red and the Black" off 1973's Tyranny and Mutation. Listen to that one, and their bigger hits, with the list of tour dates, below...