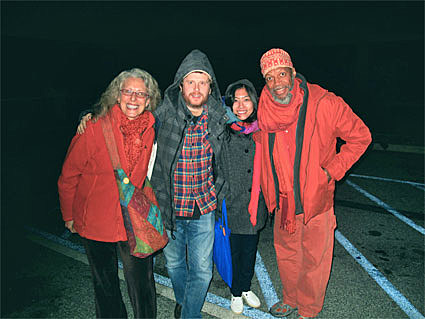 Psychedelic duo Blues Control collaborated with zither master Laraaji (known for the Brian Eno-produced Ambient 3: Day of Radiance) and musician Arji Cakouros for a release that was part of RVNG's FRKWYS series in November. The quartet will perform live for the first time tonight (March 28th) at Roulette in Brooklyn. Tickets are still on sale. Listen to one of the meditative tracks on Soundcloud.

Russ from Blues Control spoke with Roulette about the album.

ROULETTE: Tell us as about the work you'll be doing at Roulette. Possible things to speak to: what was the origin of the project??

RUSS WATERHOUSE: Matt at RVNG asked Blues Control to participate in his FRKWYS series of collaborative records, in which Matt pairs musicians from different generations. We proposed a collaboration with Laraaji, and fortunately all parties were interested. Lea and I were familiar with Laraaji's records, and we had previously contacted Laraaji about sharing a bill at ESP Records, after seeing him perform in the East Village at Tribal Soundz. In late 2010 we got together to record with Laraaji and his partner Arji Cakouros, improvising for several hours at Black Dirt Studio in upstate NY. Our Roulette performance will be our first time playing together since that day.

After that they'll take the show to Europe for a set of April shows. (Laraaji also leads laughter & music meditation sessions, with some in NYC coming up.)

Blues Control will release a new record, Valley Tangents, on Drag City on June 19th. Surrounding that, the group has a pair of shows planned for June 22nd in Philly and June 23rd at 285 Kent. 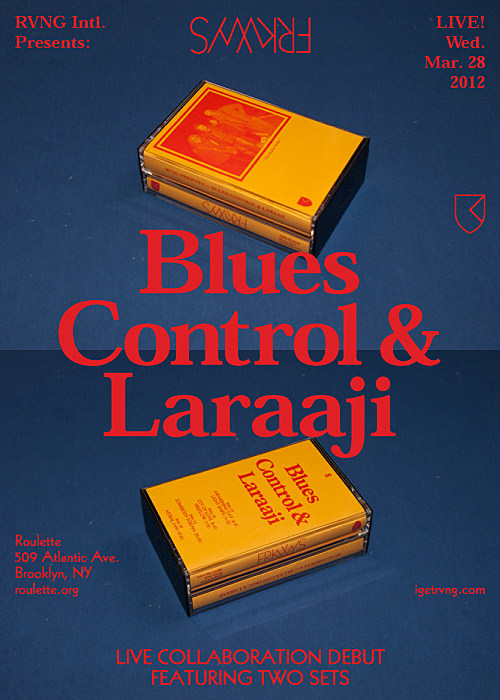