Blues Control at Barnard College in 2010 (more by Andrew Frisicano) 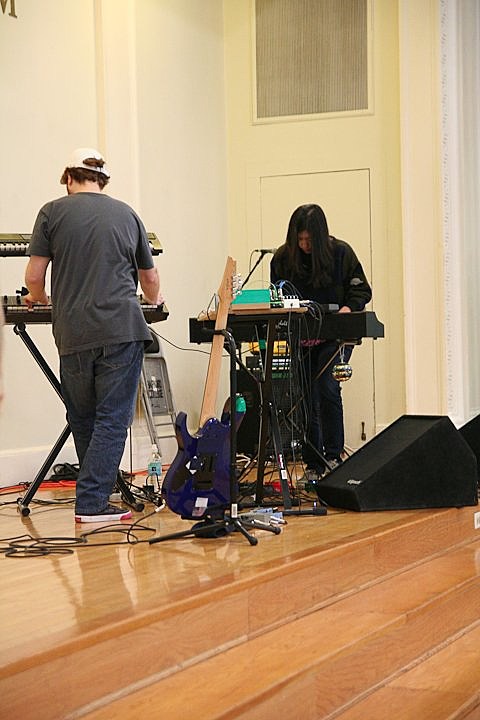 Last year, psych rockers Blues Control collaborated with Laraaji and Arji for RVNG's FRKWYS series and this year they toured together. That tour kicked off with a Brooklyn show in March where they performed the album live for the first time, and just wrapped up at the end of last month in Italy.

Blues Control are now working on a new album of their own, and it will be their first release on Drag City. The album's called Valley Tangents and it's due out on LP/CD/casette on June 19. Download the lead track, "Iron Pigs" (is that a play on "War Pigs" and "Iron Man"?) above or stream it below, along with the album artwork and tracklist.

They'll play a previously mentioned record release show for the album in Brooklyn at 285 Kent on June 23 with Purling Hiss, Tonstartssbandht, Jordan Redaelli of Coconuts, DJ Brian Turner, and DJ Paul Major. The duo have other Northeast dates surrounding the release show in Baltimore and Philly and will hit the road for a longer tour this summer. 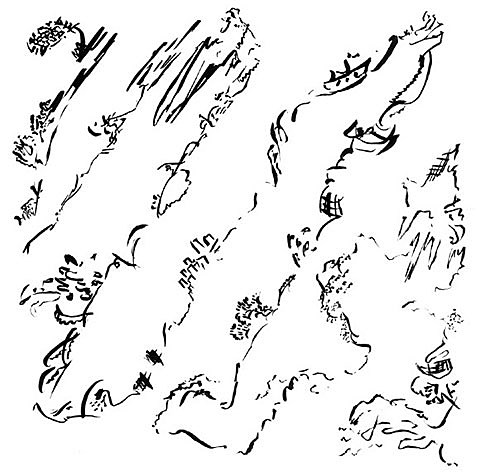