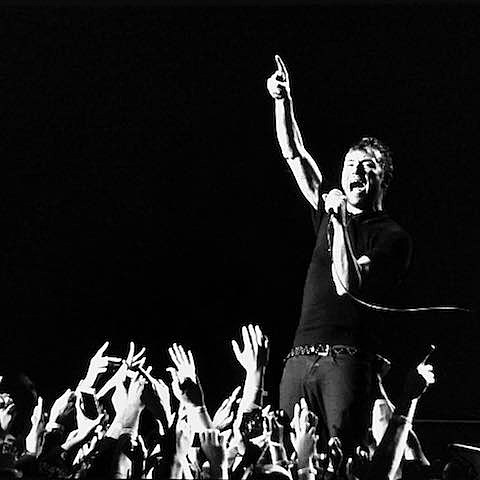 Blur headlined MSG tonight (10/23) one of only two U.S. shows this fall. With a very similar setlist to what they played in L.A. earlier this week, the band hit most of the best notes from throughout their catalogue. "This is a Low," from Parklife, was a particular highlight. Speaking of, while L.A. got Fred Armisen on "Parklife," the band brought out a randomly chosen group of fans to dance, and allowed one girl to do the first verse which she pretty much nailed. It was a very fun show. Courtney Barnett opened. We'll have pictures from the show soon but meanwhile check out Blur's setlist below.

SETLIST: BLUR @ MADISON SQUARE GARDEN 10/23/2015
Go Out
There's No Other Way
Lonesome Street
Badhead
End of a Century
Ghost Ship
Coffee & TV
Out of Time
Country Sad Ballad Man
Beetlebum
Thought I Was a Spaceman
Trimm Trabb
Tender
Parklife
Song 2
To the End
This Is a Low