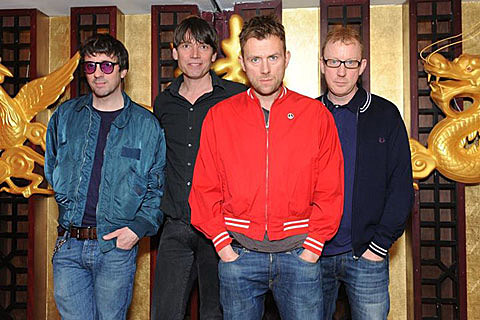 Blur's new album, The Magic Whip, is out this week and the band will be here in NYC to play The Tonight Show with Jimmy Fallon on Thursday night (4/30). That will mark the band's first US appearance since Coachella 2013 and their last NYC appearance in much, much longer. (Their last tour here was 2003.) Seems a long way to travel for just one or two songs on TV...might there be a show while in New York?

Meanwhile, Blur just appeared on UK show Later With Jools Holland, playing "Go Out" and "My Terracotta Heart" from The Magic Whip. You can watch both those performances below.