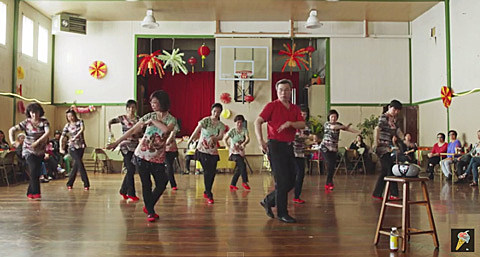 Blur have released a video for "Lonesome Street," the new single from The Magic Whip, the band's first album in 12 years. It stars the Phoenix Fly Line Dancing Group of San Francisco and you can watch their charming choreography at work below.

You can also watch guitarist Graham Coxon and longtime collaborator/producer Stephen Street talk about the making of the new record, below.

The Magic Whip will be out April 28 in the US.