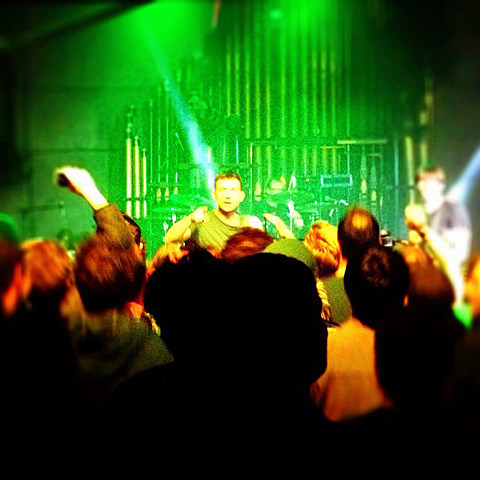 Blur have released another track from their new album, The Magic Whip, and "Lonesome Street" seems like the kind of bouncy song a lot of fans were hoping the band hadn't given up on. There's whistling and it sounds to these ears like Graham Coxon gets to sing a little on this one too. There's a video coming for this one, so perhaps it's the official single. Stream it below. The Magic Whip is out April 28.

As mentioned, 300 fans got to hear The Magic Whip live on Friday (3/20) when Blur played it front-to-back at West London club Mode. They encored with "Trouble in the Message Center" from Parklife which they hadn't played live in 20 years. You can watch video of that, and clips of a few other songs, below...