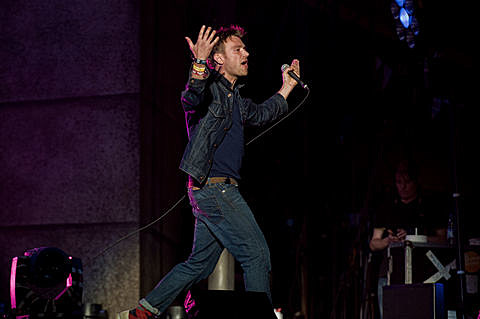 Last night, the Coachella 2013 lineup was announced, and as usual, there are some exciting reunions planned for the festival.

After we thought Blur might be done with their reunion without ever having played the US, they announced plans for 2013 and now we finally know that Coachella is their first scheduled US date since reforming.

Fellow britpop legends The Stone Roses have also been reunited for a bit and Coachella is their first scheduled US date since reforming as well. The band have only ever played a handful of U.S. shows in the first place, most of those without original drummer Reni. They played there hometown shows last summer, and if you missed it, you can check out videos, the setlist, and a review HERE.

Since reuniting, and even before, people have been speculating and hoping that Blur and The Stone Roses would play Coachella, and now both bands are not only finally playing the same year, but co-headlining the Friday(s) of the festival (April 12 and 19). Some videos of both bands' 2012 reunions below...