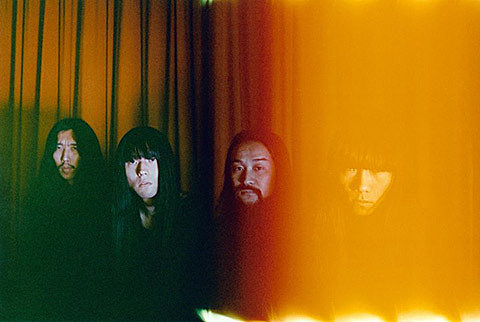 Frenetic Japanese group Bo Ningen are releasing their new album, III, on May 20. The first single from it is "DaDaDa" and the video for that makes its premiere in this post. Says director Kenichi Iwasa:

To capture the energy the band generate when they perform was very challenging. Bo Ningen are my good friends and I have played with them many times as a musician. That experience and watching their live performance so many times has given me a deep understanding of what they are. They are individually interesting and very different, I ask them to express with their body how they would transfer their sound into body movement without instruments.

As mentioned, Bo Ningen's post-Coachella tour brings them to NYC for two shows: April 25 at Knitting Factory (tickets) and a free afternoon in-store at Rough Trade on April 27.

You can check out Bo Ningen's "DaDaDa" video below...