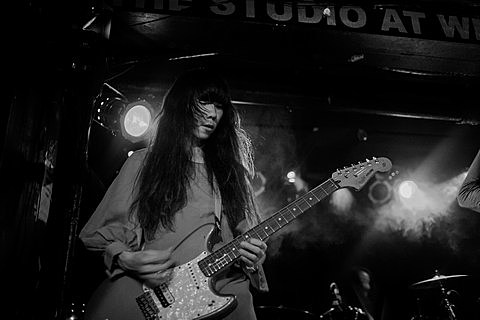 Bo Ningen and Savages are old pals, with Jehnny Beth singing on "Nichijyou" from Bo's second album and then again on "CC" on this year's III. A video for that song, directed by Aephie Huimi Chen, has just been released. Whether it's the relentless pounding of the song, or the imagery of singer Taigen Kawabe wandering around in a cave, the countryside and a junkyard, it's pretty intense. Watch it below.

As mentioned, Bo Ningen will be in NYC for CMJ next week where they're playing five shows as of now, including the BrooklynVegan free day party on Saturday (10/25) at Baby's All Right. The rest of the day show lineup will be revealed soon, and we'll also be at Baby's that night for our official CMJ showcase with The Jazz June, Pity Sex and more (tickets). Our Friday day party, with Protomartyr and more TBA, is at Baby's too. Here's all of Bo Ningen's CMJ shows:

Before CMJ, Bo Ningen will in NYC this weekend, playing Union Pool on Thursday (10/16) opening for Xylouris White. Tickets are on sale now. 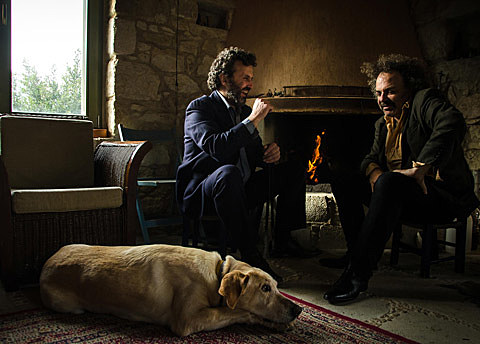 Xylouris White is the duo of Dirty Three's Jim White and Cretan folk musician George Xylouris. Their debut album, Goats, is out today (10/14) via Other Music. The mix between Xylouris' traditional lute style and White's avant leanings is pretty interesting. You can stream opening cut "Pulling the Bricks" (and a Rdio stream of the whole LP) below. The Union Pool show is part of Xylouris White's US tour (Bon Ningen also opens in Providence, RI) and all dates are listed below.