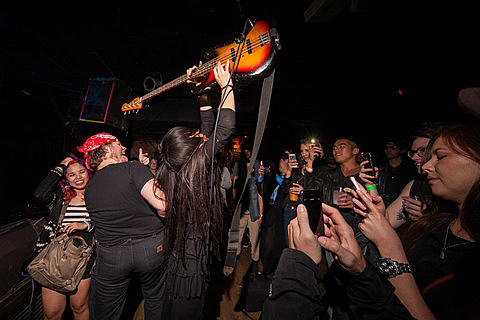 Wuxia rock practitioners Bo Ningen were performing their high-flying musical acrobatics here in NYC not that long ago. They've recently announced they'll be back this fall to open for UK dancerockers Kasabian on their upcoming tour. That tour hits NYC on September 27 at Terminal 5. Tickets for that show are on sale now.

After the Kasabian tour, Bo Ningen will also play New Orleans' Voodoo Fest and maybe in between they'll play NYC again (maybe CMJ) in between? All known tour dates are listed below...