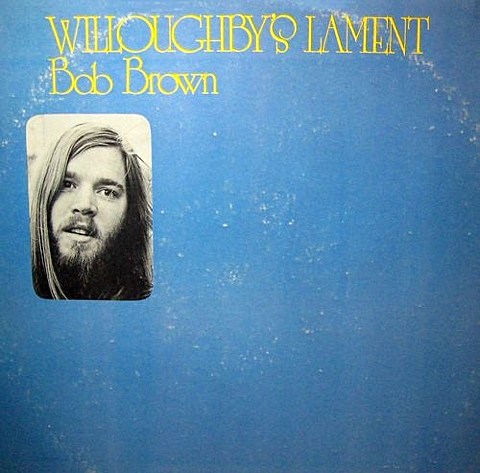 [Bob] Brown, 64, hasn't released any music since his second album, Willoughby's Lament, in 1971. He hasn't played a concert since the early 1980s, and he largely abandoned the music industry after his career petered out nearly 30 years ago in Los Angeles. Brown had been on a major label--folk artist Richie Havens' Stormy Forest, a subsidiary of MGM--but after MGM was gradually absorbed by Polydor in the 1970s, Brown's records seemed to be carried off with the wind.

In the past few decades, though, Brown's fragile, country-tinged folk tunes have attracted a loyal following. Willoughby's Lament has become one of those cherished rare LPs that sends collectors digging through crates and scouring the Internet for years. [Washington City Paper]

Willoughby's Lament and its predecessor The Wall I Built Myself will both finally get the reissue treatment in 2016 via Tompkins Square. Until then, check out the entrancing "Baby Child" from the former, below.

We mentioned that Bob Brown would be playing the Tompkins Square Label 10th anniversary show at Rough Trade NYC on October 9, but what we didn't mention is that it will be his first NYC show since the 1980s and headliner Ryley Walker will be backing him. Also on that bill is two other '60s-era artists, Michael Chapman and Peter Walker. Tickets are still available.

For Ryley Walker and Michael Chapman, that show is part of a tour the two will be on together in October. The tour is in support of Michael's album of new music, Fish, which Tompkins Square releases this week. Listen to the instrumental "Jack" from that album below. 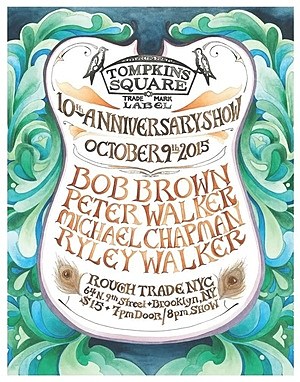