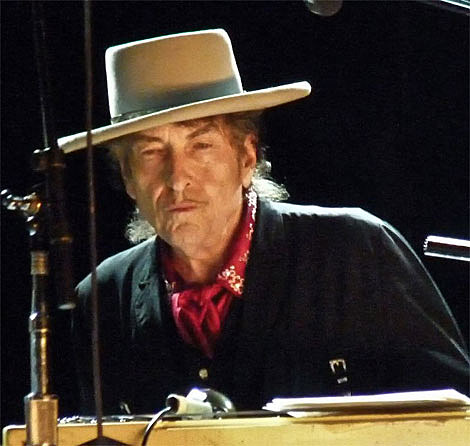 The 68-year-old Boy From the North Country born Robert Allen Zimmerman has been trying to break his own myth since the mid-'60s, when he alienated fans of his early folk albums by plugging in and rocking out. Since then, his muse has come and gone, but his contrarian streak has been a constant.

For the past 20 years, the road has been constant too. Dylan tours endlessly, turning up at a half-full arena or a minor league ballpark near you again and again, as if to prove he's no sage, just an itinerant song-and-dance-man. Though late-period albums like "Time Out of Mind" and "Love and Theft" have evinced a creative renewal, he's often been erratic, even indifferent onstage. Still, there's something noble in his doggedness, singing on even though thousands of shows have curdled his voice into a viscous, gut-shot croak. On a good night, he can still remind you why people worshiped him in the first place. [Washington Post]

Was last night a good night? Bob Dylan and band played their first of three nights in a row at United Palace Theatre in NYC (11/17). Dion is the opener. Tickets are still available for the next two (11/18-11/19).

The setlist from night one, and a better version (than what I posted before) of Bob's new hysterical video for "Must be Santa" (off Bob's new Christmas album), below...

Bob Dylan - Must Be Santa 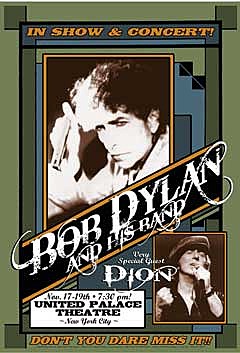