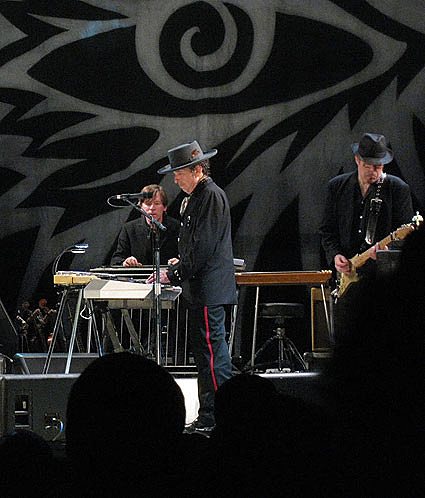 After seeing Bob Dylan for the second time a few years ago, I decided there was no reason to see him anymore - it's old news that Bob sounds nothing like he used to. That doesn't make him any less legendary though, so of course I stuck around last year when he headlined the Austin City Limits festival that I was already at. I left that one early though. There were too many people, I was too exhausted, Bob sounded like he does, and ultimately I just didn't feel connected to the performance. Then plans stayed the same. I wasn't going to go see Bob anymore. But then he announced a Brooklyn show and I decided I had to go.

It's hard to say how last night's show was. I had a ticket for a so-so seat towards the back and I didn't stay in it very much. Instead I walked around to try watching and listening from different areas of the black-tarp-fenced in park. It was a completely different experience depending on where I stood. I also realize I was lucky to be on the inside of that fence. There were plenty of people listening from outside. It's unfortunate that the park puts that barrier up during the not-free-shows, but I guess they are worried people won't buy tickets if they don't. That probably wouldn't have been a problem for this show, but anyway...

I watched the show from my seat, from the left side of the venue, from the right, from the very, very back corner, from the food area, and finally from very close up in a center aisle. From the very back I could hardly tell a show was going on. Most people were sitting on blankets. A lot of people were talking. A lot of people looked they were paying attention because they thought they should. People that were really rocking out were few and far between. Even if you couldn't see Dylan from the back, it was still cool to know that he was making the background noise. And it was even cooler watching all the 'old-timers' (many in their hippie gear) smoke pot. I heard one woman say, "everyone from back in the day is here". I'm sure she was right, though there were many from this day there too.

Watching the encore from the very front was the best part. At that point in the show it wasn't hard to just walk down an aisle and stay there. It made breaking my 'not seeing Dylan anymore' rule beyond worth it. Now I need to stick to the rule so that the final moments of the Brooklyn show are in fact my final live Bob memory. The memory includes an in-focus, fit looking Bob, his band, and a loud enough volume to make my deaf ears react in an excited way. I was close enough at that point to make it feel like a club show and the songs were three good ones. He closed with "Like a Rolling Stone", "Thunder On The Mountain" and "Blowin' In The Wind". I was also able to sneak a few quick pictures. More of those pics and the whole setlist below... 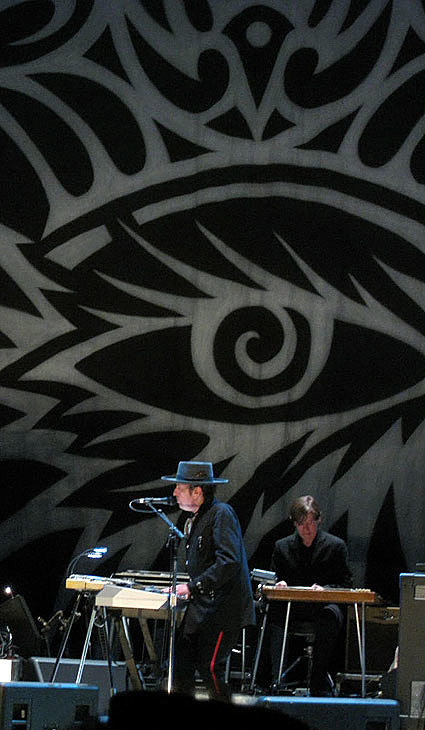 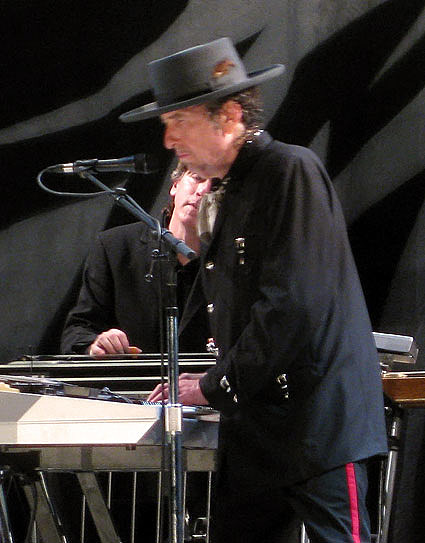 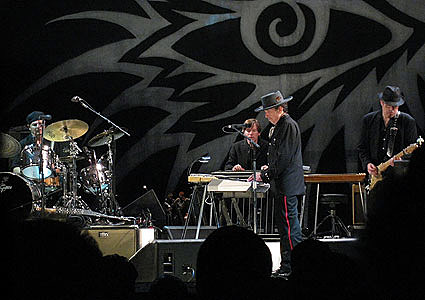 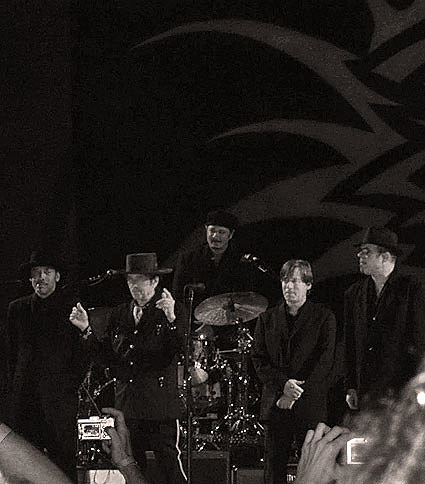 Neil Diamond played a show in NYC the same night.