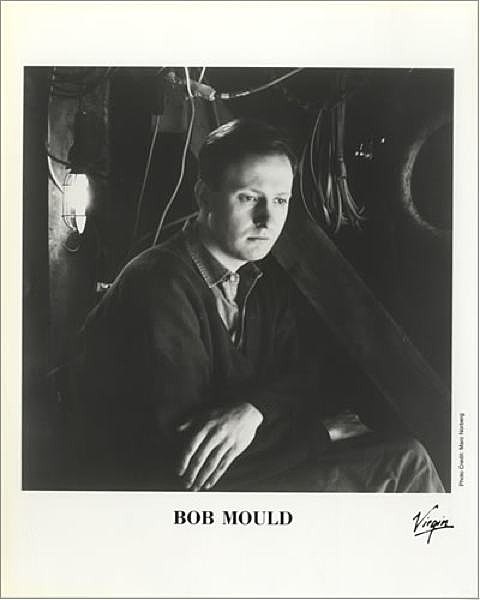 Bob Mould's solo debut, Workbook, came out in 1989 and, with its acoustic guitars and gentle production, was a bit of a surprise to Husker Du fans used to full-throttle distorted guitars. (It was kinda like Dylan Goes Electric in reverse.) After the initial shock, there was no denying the great songs on the record which, with single "See a Little Light," was a huge college/alt-rock radio hit.

Bob (who toured last year doing Sugar's Copper Blue) is celebrating the album's silver anniversary with Workbook 25, a deluxe two-CD / double-vinyl reissue. The the second disc on the CD is a live recording of Mould's complete performance from Chicago's Metro in 1989 which happened two weeks after the album's release.

Furthermore, Bob Mould will be doing a "25 Years of Workbook" tour in 2014 where Bob and bassist Jason Narducy will play selections from the album and "other songs in his catalog that sit nicely alongside this album." The short tour kicks off with a performance at San Francisco's Noise Pop Festival on February 27. The tour also includes two shows at NYC's City Winery on March 7 & 8. Tickets for those NYC shows are not on sale yet.

All tour dates are listed, along with the video for "See a Little Light," below...