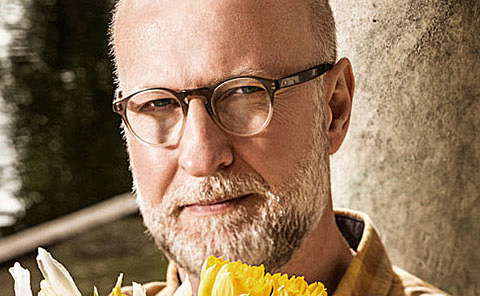 Bob Mould is in town as we speak on his Workbook 25 tour. He appeared on The Late Show with David Letterman last night and performed "See A Little Light" from Workbook. Video below. Tonight and Saturday he'll be at City Winery with Chris Brokaw (Come/Codeine) and both those shows are sold out. Next week he'll be in Austin for SXSW and after that he'll be back in NYC for the tribute to Paul Simon at Carnegie Hall on March 31 (tickets).

"It's been great fun revisiting Copper Blue and Workbook," says Bob. "But it's time to move forward." He just announced his new solo album is titled Beauty & Ruin and will be out June 3 via Merge. Made with bassist Jason Narducy (Split Single) and drummer Jon Wurster (Superchunk, Mountain Goats), Bob calls it a "mini epic." Stay tuned for more details. Meanwhile, updated tour dates are listed, along with Bob's Letterman performance, below...