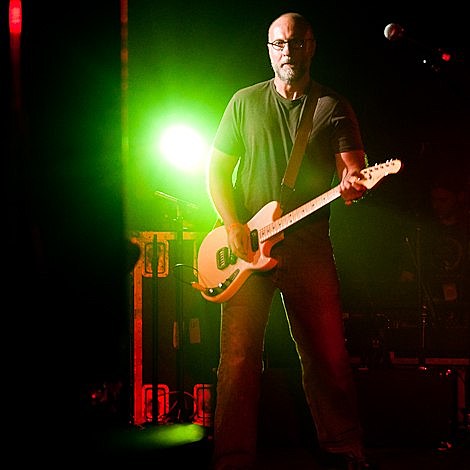 Just Out: Being a gay artist living in DC, one of your continuing legacy, would seem that to put you under a political umbrella with so many civil rights and marriage equality issues being introduced into Congress right now. Do you actively participate in politics, or do you tend to stay away?

Bob Mould: Well, when I first moved to DC I did some stuff with HRC, and that went okay. I did some stuff with Servicemember's Legal Defense Network, which I think that's a real important cause. Through Blowoff, we've done a couple things with raising money for them., We've done local stuff with Brother, Help Thyself, and I did do a lot of stuff in '04 with Freedom to Marry out of New York, with some of the Wed Rock benefits, and I hosted one of those in DC, and performed at one in New York. I've done select causes, and tried to help out when it seems to make sense. Privately, I do what I can on my own dime. But I try; I'm sure I should probably do more, but it's a big community. I think for every two people that thinks we should have gay marriage, there's at least one that's not so sure. That's the beauty of the community is that we can have different views. So yeah, if the cause is right and it makes sense, I don't mind helping out when I can.

JO: Do you try to keep your music and your politics as separate entities?

BM: Yeah. Being an old punk rock kid and watching how hardcore degenerated into a lot of rural-oriented politics that I didn't agree with...it's tough. I'm just not sure that being a good songwriter makes me a good spokesperson for political causes.

Bob Mould will be playing two nights at NYC's City Winery on January 22nd and 23rd. Tickets for night one and night two are on sale now.

His last NYC gig was an October 8th show at Irving Plaza with Miles Benjamin Anthony Robinson opening. Mould's set at the show spanned his entire catalog, from early Husker song "In A Free Land" to his latest Life and Times. Videos and the set list from that show are posted below.

Robinson has a pair of NYC shows with These United States coming up on on Thursday, Nov. 19th at the Bell House (tix) and Friday, Nov. 20th at Mercury Lounge (tix). All upcoming tour dates (including Mould's next NYC Blowoff on November 20th) are below... 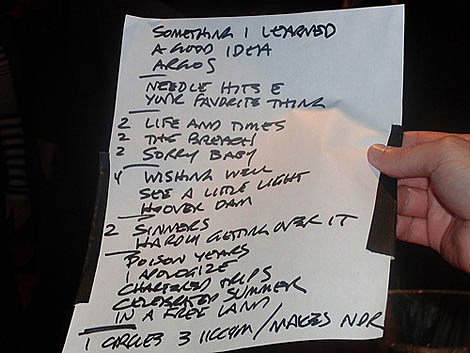