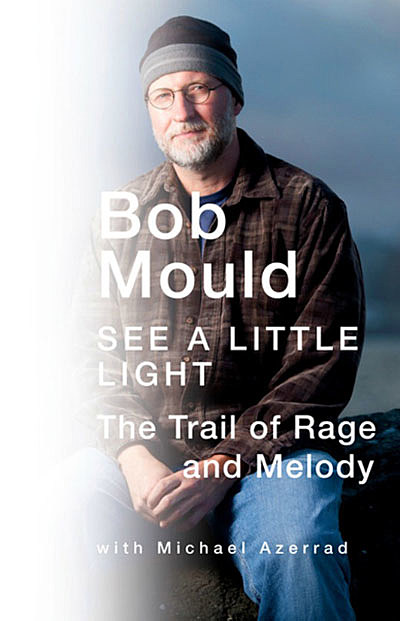 Speaking of musicians with books, Bob Mould (Husker Du, Sugar) is releasing his autobiography See A Little Light: The Trail of Rage and Melody on June 15. The autobiography was written with Michael Azerrad (Our Band Could Be Your Life) and will be published via Little, Brown and company. Mould is currently on the road presenting readings from his book and solo acoustic performances of songs recorded with Husker Du, Sugar, and as a solo artist. He'll bring one of these presentations to NYC on June 23 at 92YTribeca. Tickets are available. Mould will also be at Highline Ballroom the next night (6/24) as one half of the DJ duo BLOWOFF with Rich Morel. Tickets are on sale for the Pride Week event.

Foo Fighters, whose recently released Wasting Light features Mould on guest vocals and guitar for the track "Dear Rosemary," have added a second leg to their previously announced tour. The first leg brings them to NJ's Izod Center in September. The tour now also includes a new NYC-area date on November 14 at Prudential Center in Newark, NJ. Opener TBA. Tickets go on sale June 17 at 10 AM with a pre-sale starting June 15.