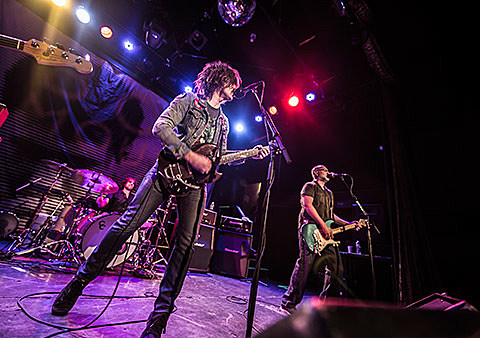 Butch Walker, who toured with Ryan Adams last year, recently released his seventh album Afraid of Ghosts on Dangerbird, and video surfaced of Ryan joining him during the studio sessions. Also along for the ride was Johnny Depp, who Ryan brought on stage in London last year and Bob Mould, who brought Ryan on stage for Husker Du songs in NYC last year. Watch the video below.

In related news, Bob Mould's former Husker Du bandmate Grant Hart will return to NYC this week for a show at Cake Shop on Saturday (3/21). It's with Forever House, Tinmouth and Funcrusher. His only other date we're aware of is in Chicago in May.

Butch Walker - Afraid of Ghosts (A Film by Noah Abrams)