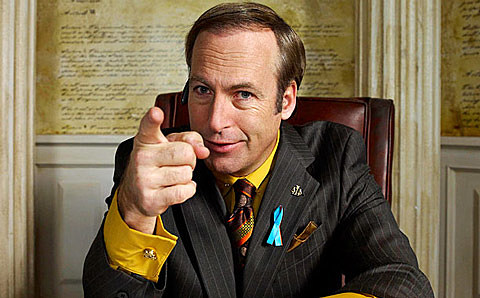 Best known by your dad as shady lawyer Saul Goodman on Breaking Bad, comedy fans know Bob Odenkirk as one-half of Mr Show, a writer on SNL, and all-around secret weapon character actor. Bob's about to release his first book, titled A Load of Hooey, which is out next week (10/7) via McSweeny's. From the back of the jacket:

This book, his first, is a spleen-bruisingly funny omnibus that ranges from absurdist monologues ("Martin Luther King, Jr's Worst Speech Ever") to intentionally bad theater ("Hitler Dinner Party: A Play"); from avant-garde fiction ("Obituary for the Creator of Madlibs") to free-verse poetry that's funnier and more powerful than the work of Calvin Trillin, Jewel, and Robert Louis Stevenson combined.

Bob will be going on the road to promote A Load of Hooey, including a show in NYC on November 9 at Gramercy Theatre. Tickets are on sale now and come with a copy of the book. That's part of the NY Comedy Festival. Earlier that day, Bob will be signing books at McNally Jackson Books in SoHo (95 Prince St., 1 PM).

As you may know, Breaking Bad spinoff Better Call Saul is set to premiere in February 2015. AMC will debut a Better Call Saul music video this Sunday (10/5) at 7:15 PM. The song was cowritten by series creators Vince Gilligan and Peter Gould with Breaking Bad composer Dave Porter and is performed by country singer Junior Brown. So set those alarms/DVRs. UPDATE: Here is the music video!

All Bob Odenkirk book tour dates are listed below... 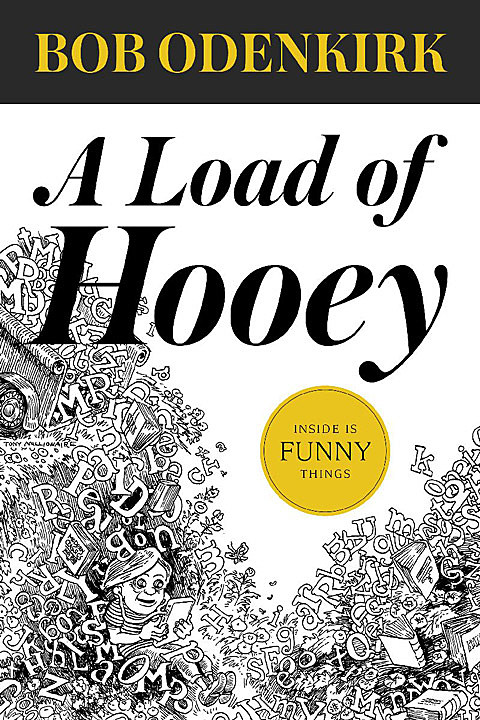 PORTLAND, OREGON on Saturday, October 25th at 12:30pm.
Doing a reading, signing and Q&A at Powells.

SEATTLE, WASHINGTON on Saturday, October 25th at 8:00pm
Doing a COMEDY SHOW at the Fremont Abbey

SAN FRANCISCO, CA on Sunday, October 26th at 7:00pm
Doing a Q&A and signing at the Jewish Community Center

LOS ANGELES, CA on Thursday, October 30th at 7:30pm.
A reading and signing at Skylight Books.

CHICAGO on Thursday, November 6th at 8:00pm and Friday, November 7th at 8pm.
COMEDY SHOW at the Up Comedy Club.