photo: Phil Lesh at the Cap in March (more by Greg Cristman) 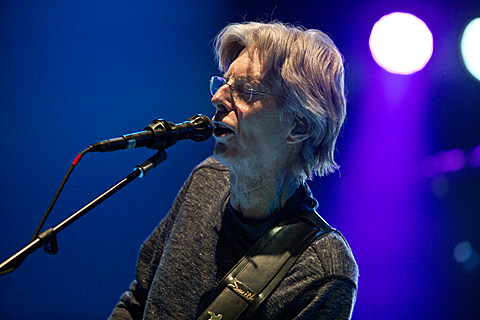 Netflix has picked up the exclusive rights to "The Other One: The Long Strange Trip of Bob Weir," the documentary about Grateful Dead co-founder, songwriter, guitarist and vocalist Bob Weir. According to Variety, the film "chronicles Weir's journey from his youth in Palo Alto, Calif., to becoming a global superstar as a member of one of the world's most influential and popular bands. The pic focuses on his partnership with Garcia and includes musical performances and archival footage, as well as interviews with Dead bandmates, colleagues, fans, family and Weir himself."

2015 is the Dead's 50th anniversary, and as you probably know, the band's surviving members (Weir, Phil Lesh, Mickey Hart and Bill Kreutzmann) are playing shows in celebration. Three Chicago shows were originally announced and quickly sold out, and the recently added pair of California shows are now sold out as well. Like the Chicago shows, the original members will be joined by Trey Anastasio (guitar), Jeff Chimenti (keyboards), and Bruce Hornsby (piano) for the California dates.

Phil Lesh already had four shows at Port Chester, NY's Capitol Theatre lined up for this fall as well, and he's now added two more shows to the run happening November 1 & 5. Tickets for the new dates go on sale Friday (4/17) at noon, and you can still grab tickets (same link) for the previously-announced October 30 and November 6 shows.

Check out a trailer for "The Other One" below...

The Other One: The Long Strange Trip of Bob Weir - SFIFF57 Trailer from San Francisco Film Society on Vimeo.