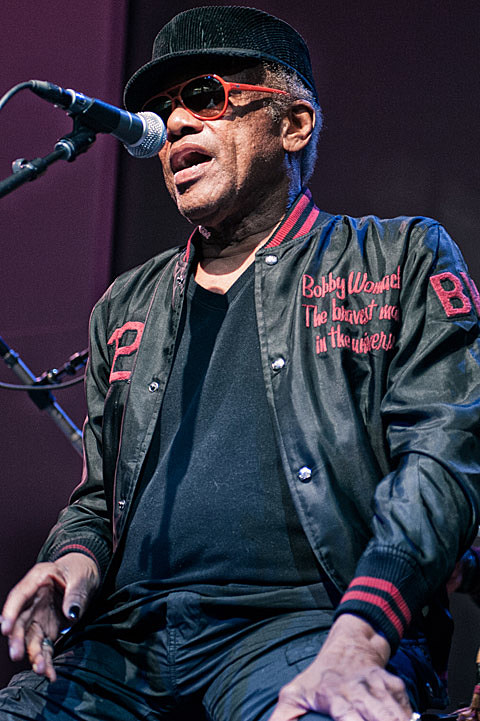 Though diagnozed with early Alzheimer's in the beginning of 2013, legendary soul singer Bobby Womack was far from inactive. We just caught him at the beginning of this year at City Winery and he's on the lineup of this year's Labor Day weekend Bumbershoot Festival. He just played a 12 song set at Bonnaroo.

Bobby Womack, the legendary soul singer whose career spanned seven decades, died Friday at age 70. A representative for Womack's label XL Recordings confirmed the singer's death to Rolling Stone, but said the cause of death was currently unknown.

Bobby Womack was inducted into the Rock and Roll Hall of Fame in 2009, three years before his Damon Albarn-produced The Bravest Man in the Universe was released by XL.