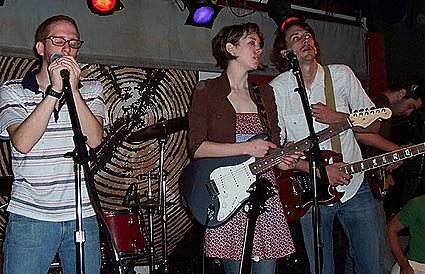 First of all, David from Bodies of Water did send a message (and a comment) to say that his late-night drunken posting to the Bodies of Water website was not a reflection of the entire band, and was removed at their request. He is not trying to start anything or make his band sound better - just a mistake. That said, Bodies of Water (Secretly Canadian) are going on a spring tour with Le Loup (Hardly Art). It looks like they'll both also be playing SXSW before making their way to Mercury Lounge and Union Hall. All dates below.....