2021 started off with the tragic news that Children of Bodom's lead vocalist and guitarist Alexi Laiho had tragically passed away at the age of 41. His ex-wife and bandmate Kimberly Goss has since revealed his cause of death ("alcohol-induced degeneration of the liver and pancreas connective tissue") and that forensics say he died with "a cocktail of painkillers, opioids and insomnia medication in his system." Kimberly also added:

To anyone shaming me for making this news public, let me clearly express my intentions. Hiding his cause of death will NOT bring him back. However, the story of this preventable tragedy could very well save many lives. From the outpouring of stories I’ve read from fans (both public and private) I think Alexi has already helped thousands of people start the fight against their own addictions. Bravo to you to all, you have my love and full support. Stay strong

This excuse is, meanwhile, reportedly not sitting well with Alexi's family who are not fans of Kimberly.

Unfortunate drama aside, Alexi will be remembered for the music of Children of Bodom, an internationally loved Finnish melodic death metal that he helped reach incredible heights across ten albums from 1993-2019, and with his final recordings with new band Bodom After Midnight which he formed immediately after in 2019 with CoB bandmate Daniel Freyberg.

Bodom After Midnight -- whose sets included Children of Bodom songs at their only three live shows -- only recorded a few songs, and all three of them are being released as an EP titled Paint The Sky With Blood (which we have on 180g silver vinyl -- limited to 200).

Revolver talked to Freyberg in a new interview, and he confirms the songs on the EP are "100 percent everything. Nothing was left over."

One of the three final songs is a cover of Dissection's "Where Dead Angels Lie." Freyberg says:

It was our drummer Waltteri Väyrynen who suggested that initially. It's such an iconic song yet we were like, "Yeah, why not?" Do we dare to jump into that because it's pretty hard to beat that original version?

In my opinion, in order to execute a memorable cover, you need to have a band that has a lot of personality as opposed to skill — it's more about making a song fit within your own personal framework than being exactly faithful to it. And while Children of Bodom was a very skilled band, more importantly, they had personality. Definitely. And we had a few different ideas about how to do it in our way but that was also a new adventure for us. So we had never covered a black-metal song and our goal was to make it even better. And when we looked into it more, we couldn't find a cover of that song by anyone. So yeah that was a huge challenge in covering it, first, but also covering it our way.

Alexi was a big fan of Dissection, as was the rest of Bodom After Midnight, and he would tell you that A Storm of the Light's Bane influenced him a lot. I think it was probably the first metal band with those kinds of vocals to me that I got into. It's one of those albums that I never stopped listening to and Alexi didn't either.

As of this post, none of the three songs have been released, but you still have time to pick up one of the limited-to-200 silver pressings of the EP in the BV shop.

And read the rest of the interview at Revolver. 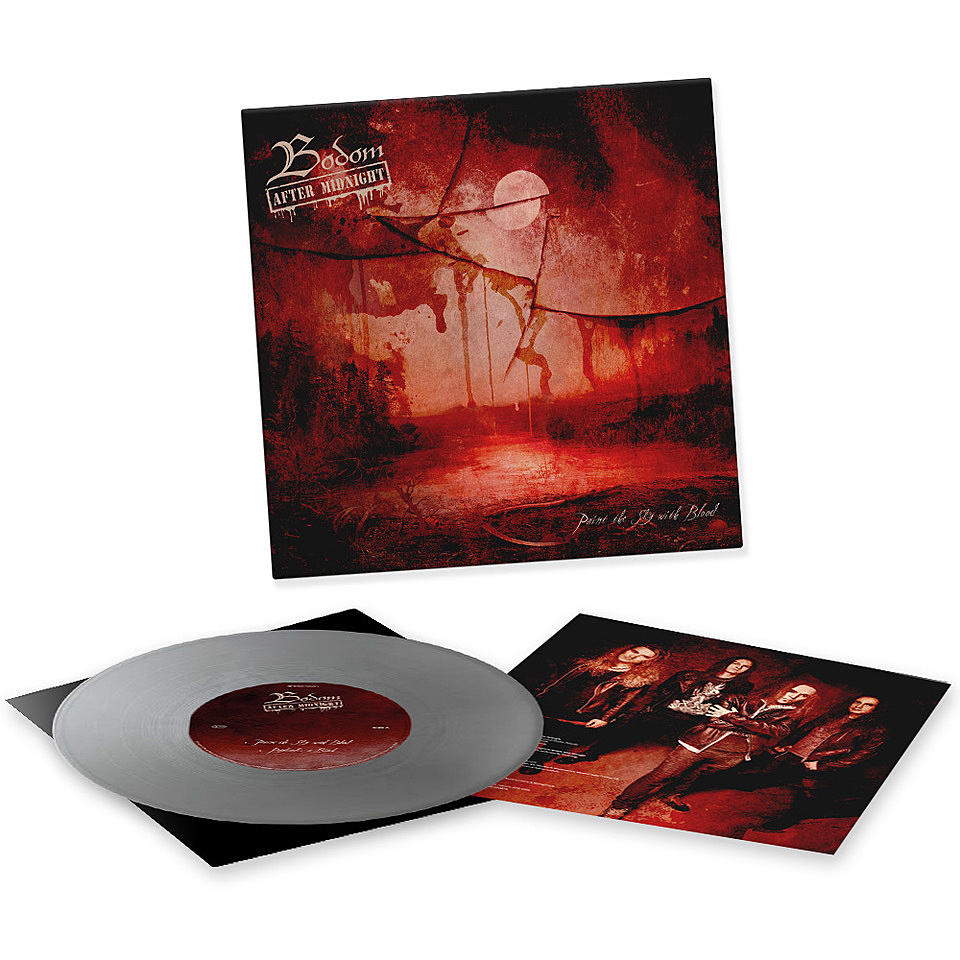