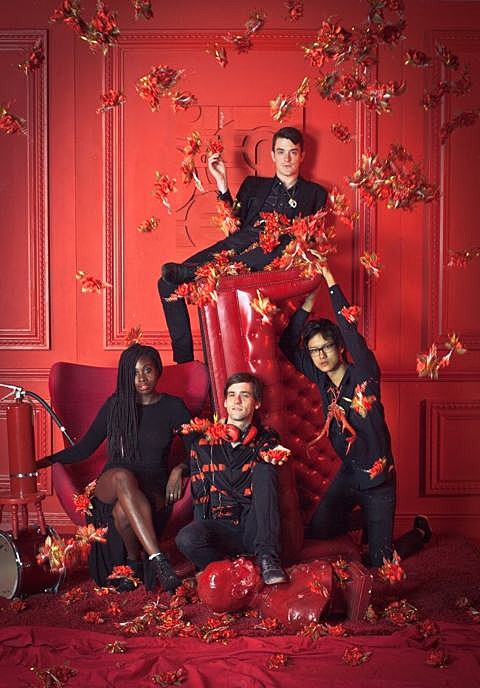 Brooklyn's Body Language, whose billboard in Times Square you may have seen earlier this year when your relatives were visiting, will release their sophomore album, The Grammar LP, in July. Dipping into that early-'80s netherworld where new wave and R&B comingled, it will make head-bobbing summertime listening. The album's first single is "What's the Point?" and we've got the premiere of its video in this post. You can watch below.

The new video and all dates in list format below...