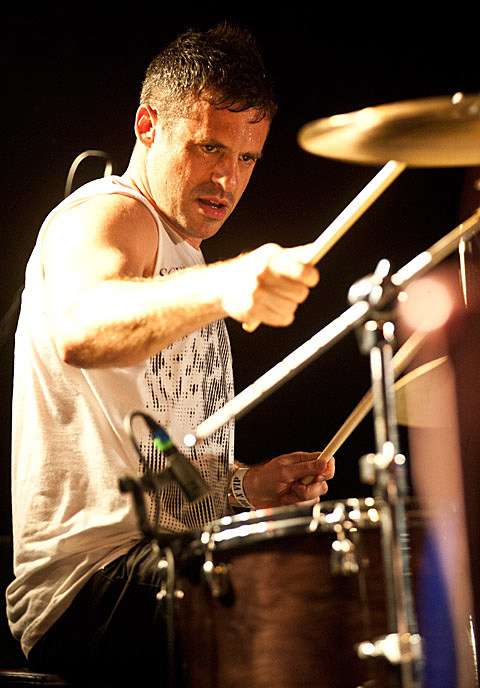 Eyehategod/Neurosis/etc-related supergroup Corrections House will kick off their previously-discussed tour with Statiqbloom this weekend. As discussed that tour hits NYC for a sweet show at Saint Vitus on Monday (12/1) with Uniform (ex-The Men, Drunkdriver) and Body Stuff. Tickets for Vitus are still available.

In our initial post, we referred to Body Stuff as a one-man project, and it is indeed the brainchild of local heavy polyglot Curran Reynolds (ex-Today is the Day and much more). Only the live show at Saint Vitus will feature a four-piece lineup including Rush Moody, Ryan Jones and Matt Kepler. Ryan is also ex-TITD and is a member of local rippers Mutilation Rites, who Rush has also joined as a live member. Matt is known for metal-related design projects and also worked at the now-closed Lit Lounge. Body Stuff's self-titled EP, which is streaming below, is a bracing slab of industrially-oriented hardcore, and this band should give it full, brutal expression in a live setting (this is the only show they'll be playing in 2014).

Speaking of Mutilation Rites, they've been added as openers for the previously-discussed Black Breath show happening at Saint Vitus on December 14. Also on that bill is White Widows Pact and Blackest. Tickets are still available. Ryan Jones will also be taking part in the upcoming Brooklyn Rock Lottery on December 6 at Baby's All Right which also includes members of Drive Like Jehu, Yeah Yeah Yeahs, The Dismemberment Plan, Parquet Courts, and more (tickets).

Meanwhile, Corrections House covered Neil Young's "Cortez the Killer" which premiered over at Noisey. Stream that, with their full list of dates and a stream of the Body Stuff EP, below...