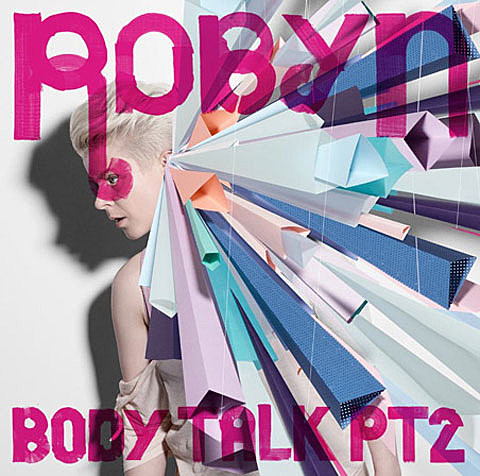 Robyn expands her pool of collaborators on Body Talk PT 2, bringing aboard Snoop Dogg and Savage Skulls for the second in a trilogy of albums she'll release this year on Cherrytree Records. Body Talk PT 2 is out on September 7th.

The moody "Love Kills" was recorded with Swedish techno-pop duo Savage Skulls and Snoop Dogg is featured on "U Should Know Better." Robyn teamed up again with Klas Ahlund and Diplo for the steely, tongue-in-check rap-pop of "Criminal Intent." Other collaborators include Carl Bagge and Kleerup, producer of the international No. 1 single "With Every Heartbeat" from Robyn's GRAMMY®-nominated, self-titled album,released in 2008 on Cherrytree Records. "Hang With Me" forms a bridge linking the first two Body Talk collections, evolving from a lush, acoustic ballad on PT 1 to a shimmering dance floor delight on PT 2 and tapped as a future single." [PR]

If you missed Robyn at Webster Hall and Music Hall of Williamsburg, or anywhere else she toured with Kelis over the summer, you'll get another chance in November including a NYC show on November 10th at Terminal 5. Tickets for that one are on AmEx presale now. General sale begins Friday at noon.

If you did catch one of those August shows, then you may have gotten there early enough to catch Robyn/Kelis-tour opener Dan Black who headlines his own bigger show at Bowery Ballroom on Thursday.

All new Robyn dates below...