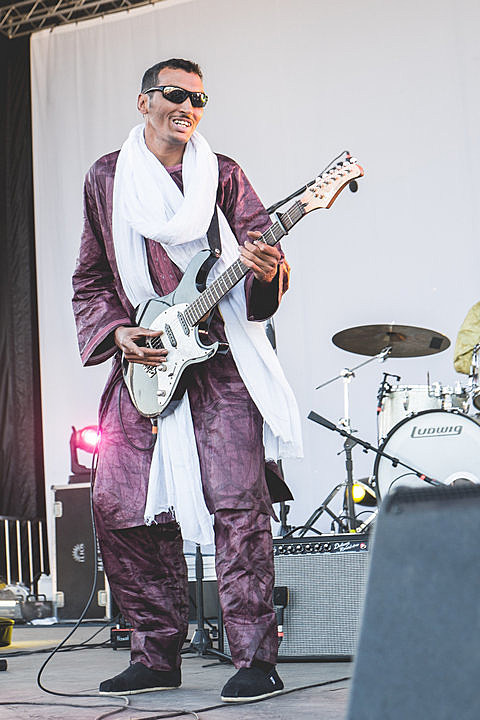 African guitarist Bombino has achieved worldwide acclaim, and probably owes at least part of his success with U.S. rock fans to his 2013 album on Nonesuch, Nomad, which The Black Keys' Dan Auerbach produced. He's currently on a North American tour as we speak, which comes through the NYC-area this weekend.

First he plays a free Central Park SummerStage show on Saturday (7/25). If that wasn't exciting enough, it's being opened by hyped Scottish alt-rap group Young Fathers and blues singer Fantastic Negrito. That's a day show, going from 2-7 PM. Then on Sunday, Bombino heads to NJ for the XPoNential Music Festival.

He also plays NYC again in 2016 at The Apollo on March 26. That's the 'Africa Now!' show that also includes Mokoomba, Alsarah & the Nubatones and Jojo Abot. Tickets are on sale now. All dates are listed below.

Young Fathers' newest album is this year's White Men Are Black Men Too. That follows last year's Dead, which won the Mercury Prize and made multiple best-of-2014 lists. You can stream WMABMT, with a music video from Bombino's Nomad, and a video of Fantastic Negrito's NPR Tiny Desk Concert, below.