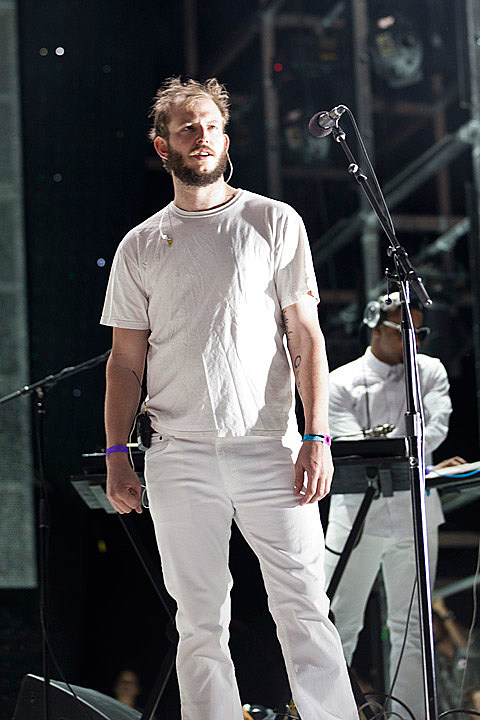 Bon Iver will release his highly anticipated follow-up to For Emma, Forever Ago, Bon Iver, Bon Iver on June 21 via Jagjaguwar. Check out a video snippet of a song recently released below.

I wouldn't be surprised if NPR streams the new Bon Iver when it comes out. Meanwhile head over there to get a "First Listen" to the new Fleet Foxes, and to the new Antlers too, and to to the new Donnacha Dennehy. Fleet Foxes head out on tour soon and play two nights at United Palace in NYC in May.

Justin Vernon's collaborator Kanye West is also playing NYC soon, but it'll cost you a bit (and will probably be a pretty short set).

Besides the NYC date and one other Wisconsin show, Justin Vernon doesn't have much of a tour schedule laid out for Bon Iver. Gayngs have some dates scheduled though, but you never know if Justin will play with them or not. All dates, an updated set for Fleet Foxes too, and that Bon Iver teaser video below.