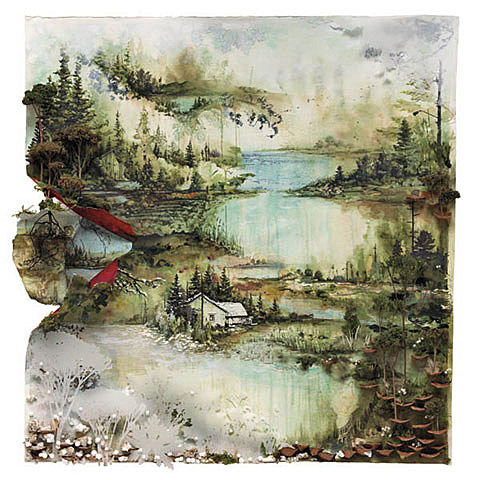 Bon Iver, the musical project of Justin Vernon that emerged to international acclaim in 2008 with 'For Emma, Forever Ago,' has confirmed the June 21 release of new album 'Bon Iver' on Jagjaguwar. Featuring 10 new songs penned by Vernon, the album expands the group's sonic palette beyond the rustic acoustics of the debut into a lush landscape of silky electric guitars, beautifully intricate keys, and subtle horn and string sections while keeping the ghost choirs and densely layered vocals intact that Bon Iver has become so known for.

Justin's most recent accomplishments include playing with Gayngs, the National and Kanye West at Coachella over the weekend. That's the "Bon Iver" cover above. The tracklist is below...