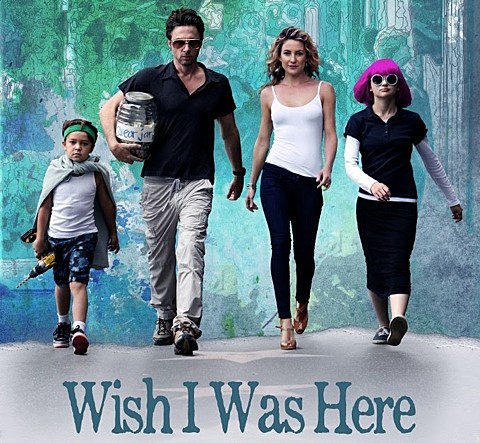 If you're of a certain age, Zach Braff's Garden State, and most specifically its soundtrack which features Coldplay, The Shins, Iron Wine covering The Postal Service, and more, is probably a little generation-defining (love it or hate it). Ten years later, he's going for it again with Wish I Was Here, the first film he'll be directing since Garden State. Zach tells Entertainment Weekly that the very Zach Braff-sounding soundtrack will feature a song by Cat Power (written by Coldplay's Chris Martin), plus original music from Bon Iver, The Shins and more. Will this be be the new sappy soundtrack to a generation of indie-discovering teens?

The film hits theaters on July 18 in NYC and LA, and July 25 everywhere else. You can check out the Kickstarter video for Wish I Was Here below.

Speaking of Garden State being generation-defining, it's one of the things namedropped in former SPIN editor (and NY Times writer) Mark Spitz's new book Twee: The Gentle Revolution in Music, Books, Television, Fashion, and Film. The description reads:

Marc Spitz explores the first great cultural movement since Hip Hop: an old-fashioned and yet highly modern aesthetic that's embraced internationally by teens, twenty and thirty-somethings and even some Baby Boomers; creating hybrid generation known as Twee. Via exclusive interviews and years of research, Spitz traces Generation Twee's roots from the Post War 50s to its dominance in popular culture today.

In Twee, journalist and cultural observer Marc Spitz surveys the rising Twee movement in music, art, film, fashion, food and politics and examines the cross-pollinated generation that embodies it--from aging hipsters to nerd girls, indie snobs to idealistic industrialists. Spitz outlines the history of twee--the first strong, diverse, and wildly influential youth movement since Punk in the '70s and Hip Hop in the '80s--showing how awkward glamour and fierce independence has become part of the zeitgeist.

That book will be out on June 3.

Wish I Was Here trailer below...