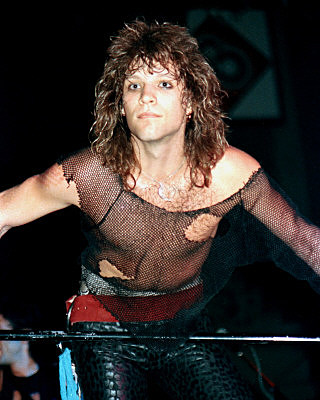 Tickets Available at Yankee Stadium, Other NY-Area Ballparks and MLB.com on July 2

Beginning Wednesday, July 2nd, tickets will be distributed at baseball parks and events throughout New York City. The bulk of tickets distributed at the ballparks will be found at Yankee Stadium in the Bronx, with others made available at Shea Stadium in Queens, KeySpan Park in Brooklyn, and at the home of the Staten Island Yankees at 9 a.m. In addition, tickets also will be available in Manhattan at DHL All-Star FanFest at the Jacob K. Javits Center on Friday, July 11. MLB.com also will be conducting a random drawing for tickets.

A ticket is required to attend the concert. Go to MLB.com for more information about the concert.

"All-Star Summer is set to hit New York City in a few weeks, and the lineup of festivities just added another future hall-of-famer in Bon Jovi," said Mayor Bloomberg. "The free concert in Central Park is going to help make this year's All-Star Summer a celebration to remember. The 2008 All-Star Game will pay tribute to the storied history of Yankee Stadium, and Bon Jovi will help us ensure it goes out in a blaze of glory, hopefully a blaze in late October."

"Major League Baseball wants All-Star Summer to be the ultimate celebration for baseball fans in New York City," said Tim Brosnan, Executive Vice President, Business, Major League Baseball. "A free concert in Central Park featuring one of the biggest rock bands in the world will reach tens of thousands of fans and put an exclamation point on the week's many fan festivities. Bank of America has been a critical part of making this major event in New York City happen and we value our partnership."

"The All-Star Game is an electrifying celebration of Major League Baseball, and truly a unique event for the entire family," said Brian Moynihan, President, Global Corporate & Investment Banking, Bank of America. "As a proud sponsor of Major League Baseball and the New York Yankees, Bank of America is thrilled to be part of New York's Midsummer Classic festivities, creating opportunities for fans to connect to the game of baseball and share in the excitement of the All-Star Game experience."

Bank of America will promote the concert and offer ticket giveaways through radio promotions in the tri-state area. Additional concert supporting partners including MLB sponsors Aquafina, Sharp and Taco Bell will be distributing tickets through radio sweepstakes, promotional giveaways and in-store programs.

In the event of inclement weather as deemed by the Parks Department, the concert will be cancelled. If it is raining and fans are unsure about the status of the concert, they can call 311 for information or visit MLB.com.

"This concert is the perfect exclamation to all the festivities and events that have been planned around Yankee Stadium's final All-Star farewell," said NYC & Company CEO George Fertitta. "MLB All-Star Summer and Bon Jovi playing Central Park are just a few examples of all the things there are to see and do around the City - not only this summer, but year long - and proves once again that New York City is the best destination to host world-class, high profile events."

"Live music and Central Park go together like baseball and hot dogs," said Parks Commissioner Benepe. "This concert helps celebrate the past, present and future of Major League Baseball in New York City. Bon Jovi's music, delivered free to the fans in an historic park setting, is an appropriate tribute to Yankee Stadium and the MLB All-Star Summer."

The concert is one of many special events that will be held as part of the All-Star festivities. Fans will also be able to attend DHL All-Star FanFest, an interactive baseball theme park, from July 11-15 at the Jacob K. Javits Center and the All-Star Game Red Carpet Parade presented by Chevy on July 15 on Sixth Avenue from 40 Street to 58 Street, which will feature both All-Star teams and nearly 50 Hall of Famers including Hank Aaron, Yogi Berra and Willie Mays.
As part of its ongoing efforts to make All-Star Week more environmentally friendly, Major League Baseball is teaming up with the Natural Resources Defense Council (NRDC) to help keep the Great Lawn green. More than 40 NRDC "Green Team Recycling" volunteers will comb the concert crowd to collect recyclables and encourage fans to pitch in. Sims Metal Management and Aquafina will also be supporting the effort by providing recycling bins on site.

Bon Jovi has set the bar for more than two decades as one of the most successful rock bands in the world. Globally, they have sold more than 120 million albums and performed more than 2,500 concerts in over 50 countries for more than 32 million fans. The Grammy-winning band's latest album, LOST HIGHWAY debuted at #1 around the world and the resulting Lost Highway World Tour is the top-selling tour around the world to date according to Billboard and Pollstar.

New York City's parks have enjoyed a long history as public squares, where people gather for events ranging from orchestral concerts to world leaders. At Central Park's historic Great Lawn, Park regulations limit the number of large events (over 5,000) to six per year, in order to keep the lawn verdant and welcoming for all users. Many groups apply for annual large-scale events in Central Park through the public permit process, including the Marathon and the AIDS Walk. In Central Park, New Yorkers have experienced rock concerts from Simon and Garfunkel and Garth Brooks as well as visits by renowned spiritual leaders Pope John Paul II and the Dalai Lama. Most recently, Central Park's Great Lawn has played host to the Metropolitan Opera, the Dave Matthews Band, and the New York Philharmonic. The concert by Bon Jovi will continue the City's tradition of providing an evening of free entertainment in New York's storied outdoor venue.

PREVIOUSLY: The Police's final concert will be @ Madison Square Garden