"Okay, here’s what happened. Ribatski decided close to the end of the set that she’d dive into the crowd. She’s small, and was wiggling and keeping time and rapping while being passed around like a beach ball (above). Then she disappeared, but it seemed like she was going to hop back up on stage and finish the set, like usually happens. But she didn’t." [Marathon Packs] 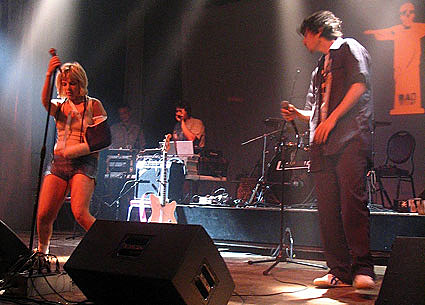