Like I said, Andrew Fischler made the trip to Bonnaroo... 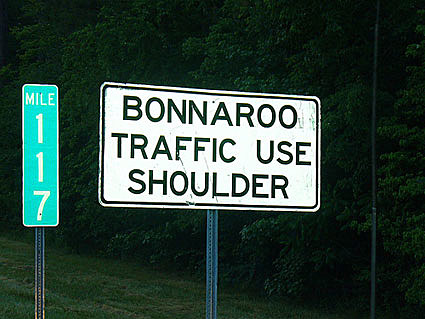 I should probably preface this by saying I'm a multi-year vet of Bonnaroo. Since 2003 I've been making a trip to Manchester, TN a part of my summer. That includes the 17-hour, 900-mile trip from my Weehawken, NJ home. I'm part of that sick breed of people who like road trips, driving, and find camping a joy. The life of the festival outside the stages is just as much a part of the experience as what you'll find inside the gates.

Now while the drive down was nothing of major consequence (unless you're a big fan of trees, hills, mountains, cows and 18-wheelers - then, oh boy was it a big thing!), this was actually the first time in years that I actually hit any semblance of traffic getting in. Maybe it was because this was the first year the festival was officially 4-days long (though they've been having Thursday night acts for years), or maybe it speaks to the sold-out attendance of 80,000 which made this the 6th largest city in Tennessee for the duration (with the highest unemployment rate in the state, I might add ^_^). 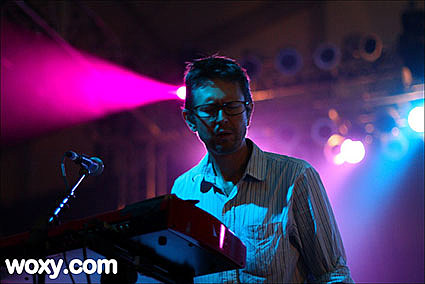 The National @ That Tent: First band on the to-see list was one I had never heard until the trip down when my friend started playing them through his iPod. What sounded so sullen and morose on my car stereo had so much more pop to it live - not as lively as their fans though. Hell, I almost lost my hearing on the first night, and not from any amp, but from some guy flipping out and screaming his head off when they played "Secret Meeting". Unfortunately, consideration for the proximity of someone's ear is usually the last thing on a festival-goer's mind. 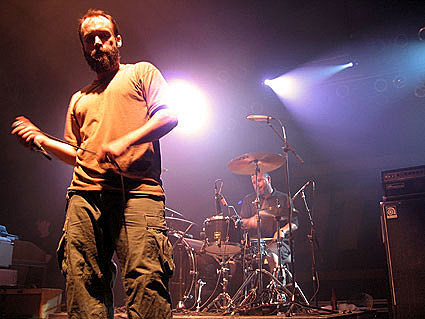 Clutch @ This Tent: To say the crowd was amped for this show would be a mild understatement. So eager was everyone that the sound tech testing the mics had no problem getting the crowd to respond in sing-song fashion to everything he said. This was also the first time I can ever remember seeing mass crowd surfing at Bonnaroo -- a first time for everything I guess. The band has grown since the last time I saw them - that includes the number of members (organist Mick Schauer joining the core of Neil Fallon, Tim Sult, Dan Maines and Jean-Paul Gaster), and the size of their catalog (with their new release "From Beale Street To Oblivion").

The highlights of their set were the classics like "Big News" and "Pure Rock Fury", but the new stuff - especially "Electric Worry - not only held up, it was as strong as the old stuff. "Beale Street" could be one of the best, yet most underrated, albums of '07.