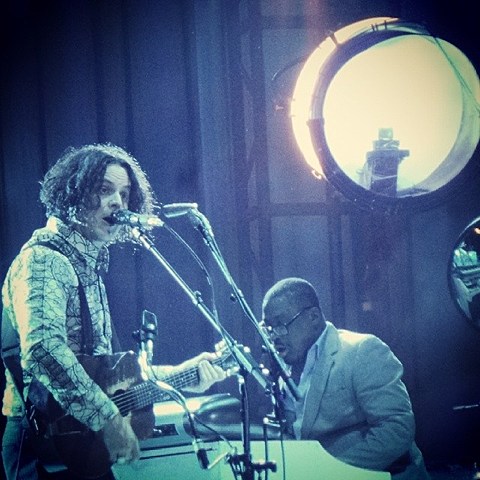 Bonnaroo went down over this past weekend with sets from Ice Cube, Kanye West, Sam Smith and so much more.

As always, legacy acts enjoyed a good showing at the festival. Elton John played the entire first side of Goodbye Yellow Brick Road, gave a tribute to the late Casey Kasem, and brought out Ben Folds for a guest spot. Ben had also appeared a day earlier with The Flaming Lips during their set to cover Usher's "Love In This Club" (video below), a set which included Wayne Coyne playfully throwing some shade at Kanye's set from earlier in the festival, asking the crowd "Where's the press?"

Lionel Richie played a set that included everything from his time in the Commodores ("Brick House") to "All Night Long" to his Diana Ross collaboration "Endless Love." More legends graced the Bonnaroo stages when Chaka Khan made a surprise appearance during the Derek Trucks-led SuperJam on Friday and covered Led Zeppelin and Stevie Wonder. Also in that jam were blues legend Taj Mahal, Anthony Hamilton and once again, Ben Folds. Led Zeppelin member John Paul Jones himself appeared at the festival to sit in with bluesman Seasick Steve, which he has done before with Jack White.

Jack White, who we also just caught at Governors Ball, didn't play with John Paul Jones this time, but he did play his own set which included a cover of Zeppelin's "The Lemon Song." It also included calling Rolling Stone a "tabloid," ranting about Johnny Depp and Albert Einstein (watch out Kanye!), and otherwise him rocking out to cuts from his solo albums, Raconteurs, White Stripes, The Dead Weather, and a cover of Dick Dale's "Misirlou." Video and setlist from Jack's set, below. 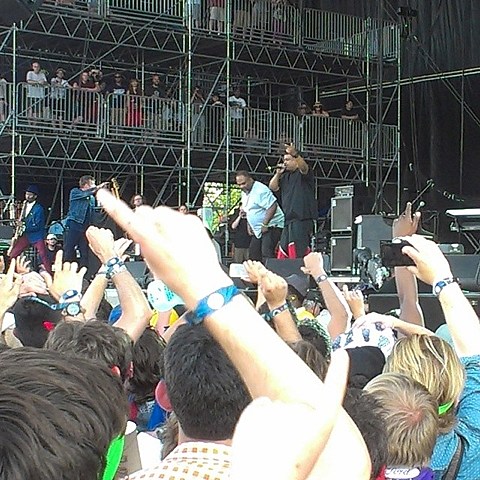 Skrillex led a SuperJam too which involved Janelle Monáe, A$AP Ferg, Warpaint, Doors guitarist Robby Krieger, Mystikal, Damian Marley, and Thundercat, among others. The set was closed by none other than Ms. Lauryn Hill, who played "Killing Me Softly" a la Fugees, Bob Marley's "Jamming" (though not with Damian) and more. More old school big guns came out during Damon Albarn's set, which was split between Gorillaz, Blur, The Good the Bad & the Queen and solo material. De La Soul joined him for "Feel Good Inc." and Del The Funkee Homosapien for "Clint Eastwood", Setlist and videos are below, and check out pictures and more from his recent Irving Plaza show.

Elsewhere, Omar Souleyman, who couldn't make it to Northside Festival experienced no travel issues and played a set on Thursday night. James Blake also played and told Billboard while he was there that his new album is halfway done and will include collaborations with Kanye West, Justin Vernon and more. Arctic Monkeys, who were covered twice during the festival (by Sam Smith and MS MR), played their own set too and to a HUGE crowd, heavy on the AM stuff but with a little bit of their other four albums mixed in. What didn't happen, unfortunately, was the set by Broad City's stars that were supposed to perform in the Comedy Theatre but canceled their set.

Of course the huge festival had tons of other highlights too. Did you go? What were yours?

Videos and a few setlists from the fest, below...