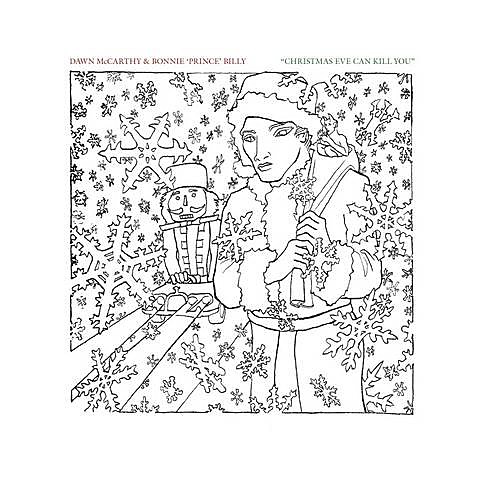 Bonnie 'Prince' Billy (aka Will Oldham) released his first ever holiday release this week (11/20) with past collaborator Dawn McCarthy (of Faun Fables), the "Christmas Eve Can Kill You"/"Walking the Dog" single. The songs were recorded in Nashville with Emmett Kelly, Dave Roe, Kenny Malone, Billy Contreras, David Ferguson (who also recorded the tracks) and Matt Sweeney. Will's brother Paul mastered the tracks. You can check out the video for the a-side below and order the single in 7" viny and digital formats at the Drag City webstore.

WIll and Dawn also have a full length record of Everly Brothers covers, What the Brothers Sang, on February 9 via Drag City.

Bonnie 'Prince' Billy also has some dates coming up in 2013, including the previously discussed NYC show at Lincoln Center on February 7, which is part of the American Songbook 2013 Season. Tickets for that show are still available.

A list of all dates and that video, below.