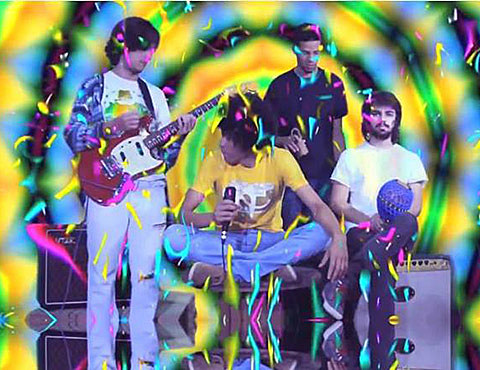 Brazilian duo Boogarins released their psych-pop-heavy LP, As Plantas Que Curam, last year via Other Music Recording Company. The band have a new video for album cut "Erre" which features some cool old-school animation and you can watch that below.

Having already let us know they were playing SXSW and Austin Psych Fest, Boogarins have announced their first full-scale North American tour. Some of those dates are with Merge-signed Vertical Scratchers (John Schmersal of Brainiac/Enon's new band), including that band's NYC show at Glasslands on March 25. Tickets are still available.

Before Austin Psych Fest, Boogarins will have a few dates with Temples, and after they'll open a few shows for of Montreal. All dates are listed, along with the new video, below...