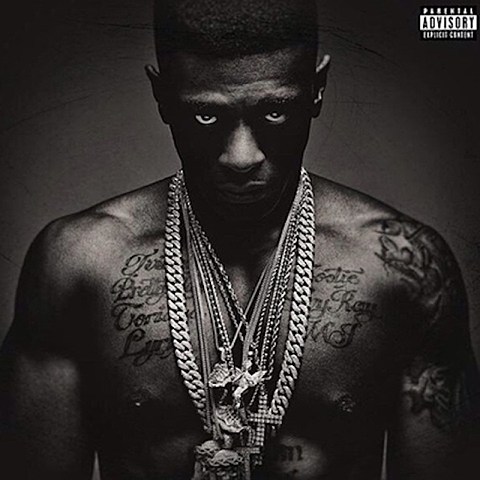 Talk to me about your recording process in prison. How did you do that?
Well it was all kind of ways. I was getting tape recorders, I was getting the guards to sneak me in iPhones. Whatever I had to do!

So you're recording on some burners too and sending them out!
Yup! Sometimes you've got to break the rules to make money, that's just plain and simple. And that's what I was doing! I'm not going to say I went to jail and did right. I'm not going to say that, because I was going through a lot and I needed to be high half the time. I was going through a lot, but it made me value life more. It made me value my career more. It smartened me up. I was doing stupid stuff out there. Even though all these murders and all this was bogus, I was doing stupid stuff to lead people on as far as flashing guns every time you see me on DVDs. You know, that was stupid ass shit! Now I look at it like, "Damn, why was I doing that?" But it was fun then. But once they stack a lot of that against you, once you get in some trouble, that'll make people look at you like, "Hey, he's far from a saint!" [Noisey]

Louisiana rapper Boosie Badazz (fka Lil Boosie) released Touch Down 2 Cause Hell, his first album in five years and first since being released from prison, this week. It's got features from T.I., Jeezy, Rick Ross, Young Thug, Rich Homie Quan, J. Cole, and the whole thing can be streamed below. Video for its track "Hands Up" below too.

Boosie has a few shows coming up, including one in NYC tonight (5/26) at Webster Hall with DJ Envy. Tickets for tonight's show are available.